Governing agencies in the UK have banned a new Toyota 86 – called the GT 86 in the UK – commercial as it apparently encourages dangerous driving. The strange part about it is the advertisement is a computer-generated animation. 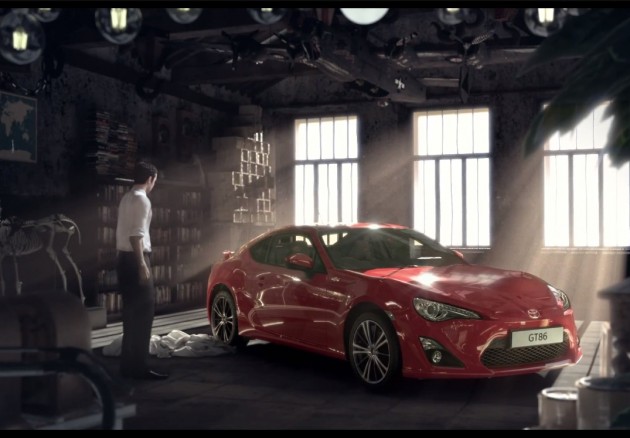 As a way of communicating with consumers using a metaphor, highlighting the fact that the Toyota 86 is a driver’s car, and a car that has been developed to really make that man-machine connection, the company’s ad teams have worked together a rather interesting clip.

The entire film is computer-generated except for the car. It’s real, hitting home the rawness that it offers. In the ad the Toyota is driven, on a computer-generated road, a little bit erratically. But again, it’s not a real road. Even so, UK laws have deemed it irresponsible and have pulled it off the air.

The commercial can still be seen on YouTube. Take a look below, and tell, us, what do you think? Is this ad so bad that it should be removed from public television?