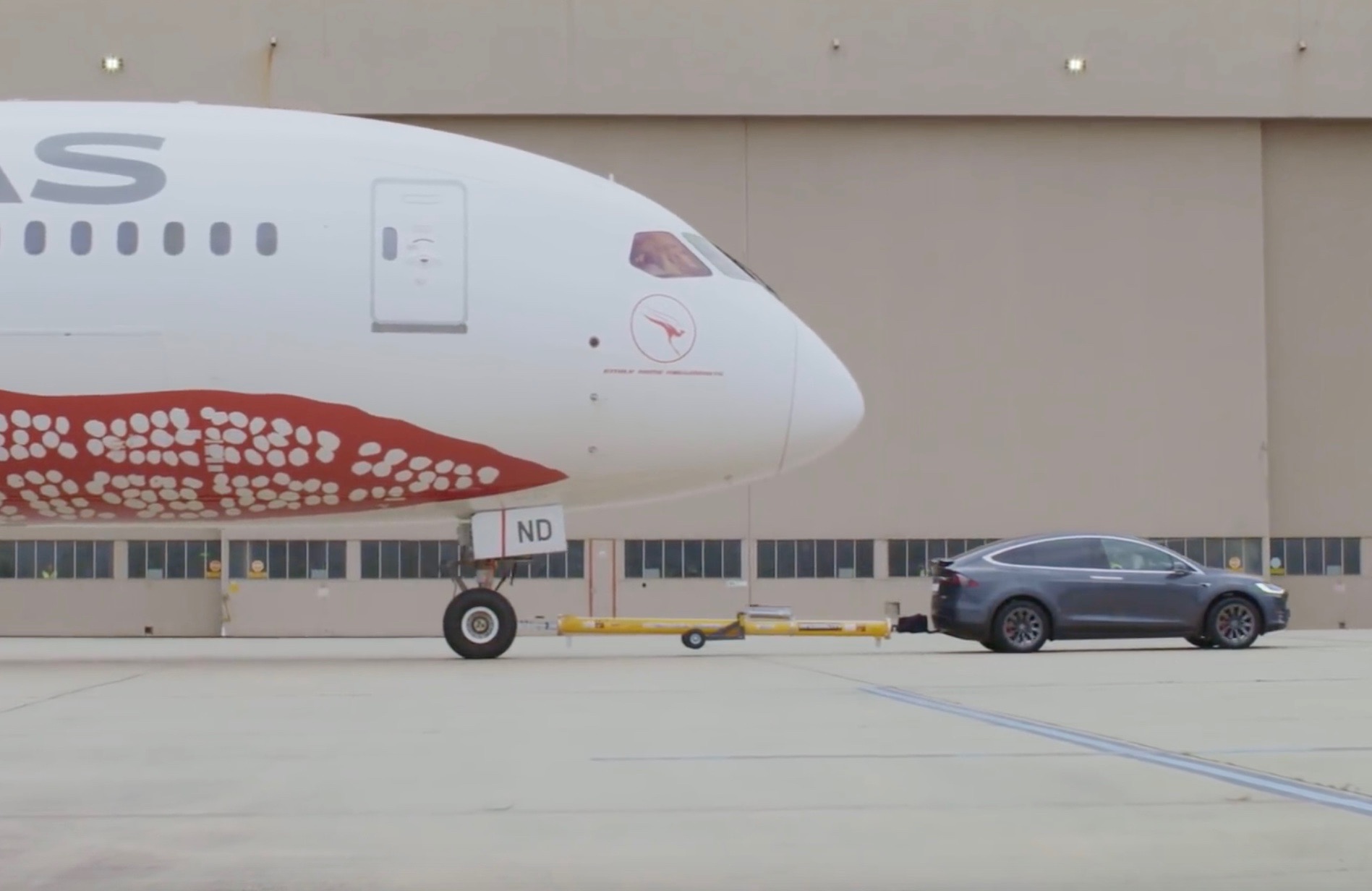 Tesla and Qantas have teamed up for an interesting stunt, which involves a Boeing 787-9 Dreamliner being towed by a Tesla Model X P100D.

The Model X P100D is the most powerful version of the Model X, using two electric motors to produce around 568kW (193kW plus 375kW). It offers a claimed 0-100km/h time of just 3.1 seconds. As for the Boeing 787-9 Dreamliner, this is the new flagship airliner. It features two Rolls-Royce engines that can propel the 63m plane to a cruising speed of 913km/h, with a top speed of 954km/h.

Given the huge and instant torque levels of the Tesla (about 967Nm), the towing power is massive. Officially though the Model X has a towing capacity of 2300kg, so don’t try this at home. Check it out below.