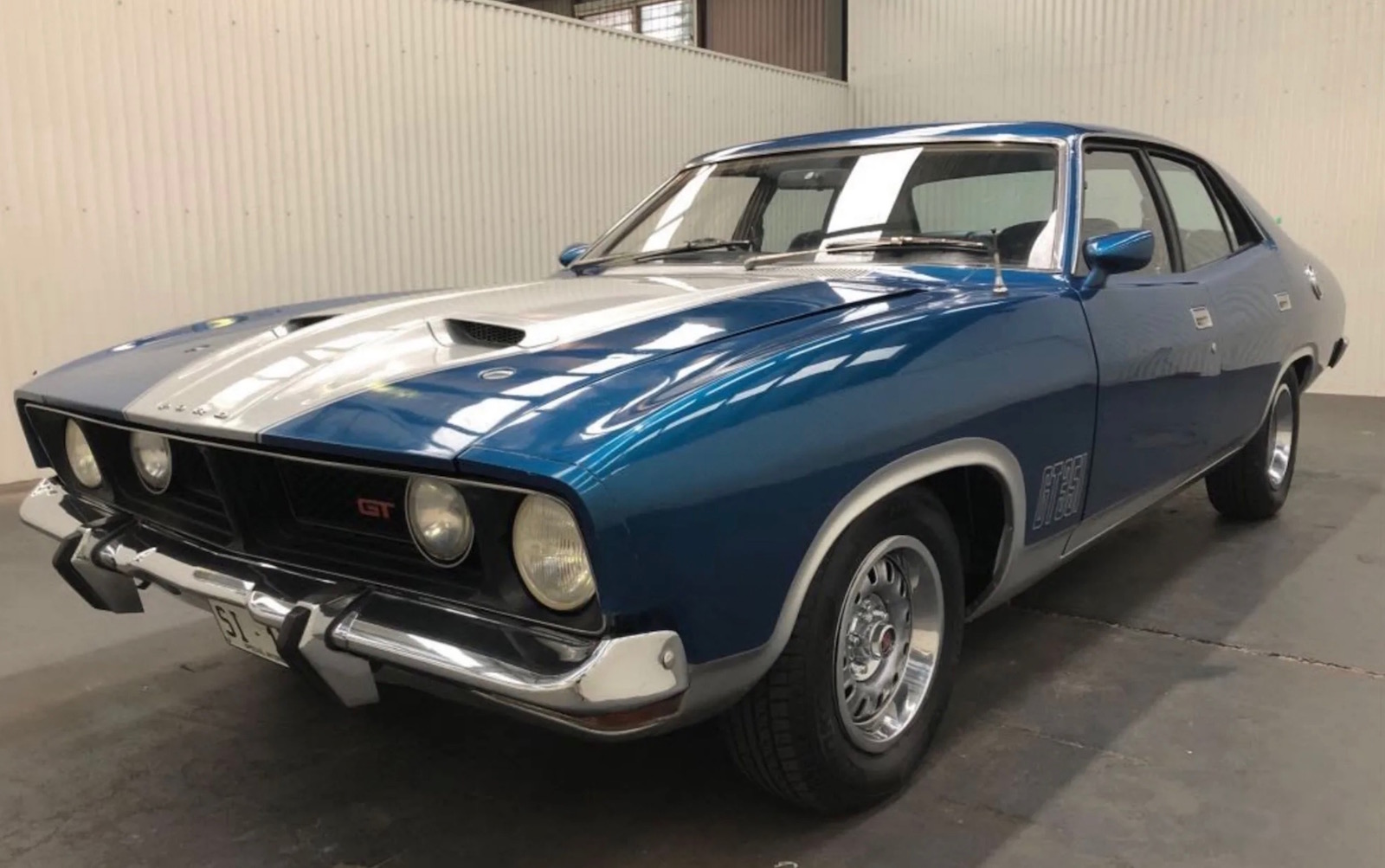 An original 1974 Ford XB Falcon GT is up for sale and will go up for auction later this week, owned by the same family since new. It has just over 160,000km on the clock. 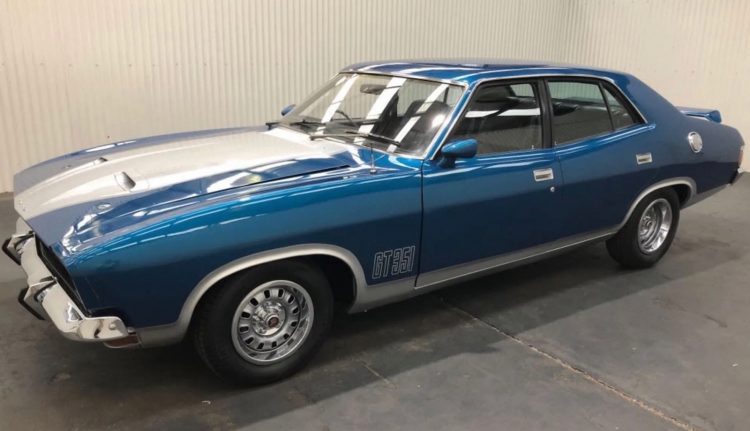 The XB Falcon GT was the last of the classic GT Falcons. It was available in sedan and hardtop coupe form, and showcased a distinct ‘twin nostril’ bonnet inspired by the Mach 1 Mustang. Purely by production numbers, the XB GT was the most popular GT Falcon model series, with a total of 2899 units manufactured.

This example up for sale is featured in the classic Apollo Blue colour with a silver bonnet stripe, and was originally optioned with the Protection Pack (also included with the sale). Inside is a traditional black vinyl trim, complete with a huge factory three-spoke steering wheel. There are no major modifications to the car, and it even comes with the original owner’s manual and workshop repair manual.

Power comes from the iconic 5.8-litre (351ci) ‘Cleverland’ V8, hooked up to a four-speed manual. Due to emissions controls brought in at the time, it’s understood the XB GT wasn’t as fast as some of the predecessors. Although, it did debut four-wheel disc brakes. Even still, with around 224kW (300hp) to play with, it’s more than capable of turning tyres and having some fun. 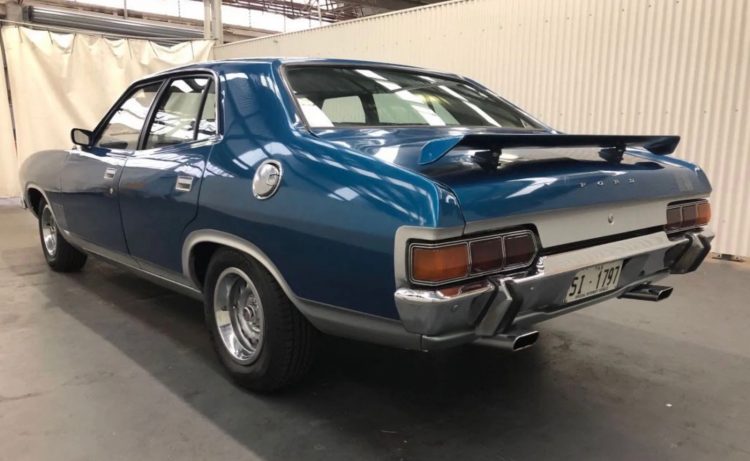 Back in 1974 the original new purchase price was just $6002, but this example is expected to fetch more than a pretty penny during the auction – other examples have sold for around $100,000 or more. What an investment. Well, without stepping into legal trouble by potentially offering financial advice, we’d suggest it could still turn quite a profit after this sale if kept in this condition into the future.

Head over to the Pickles listing for more details. Online bidding opens at 11am on Friday, February 26, and runs until Tuesday, March 2, 8pm (AEDT). It’s being held in Tasmania.