The new MINI Cooper 5 Door is about to hit our shores and will take its place next to the familiar 3-door model. It comes in three variants, giving buyers the choice of both petrol and diesel engines. 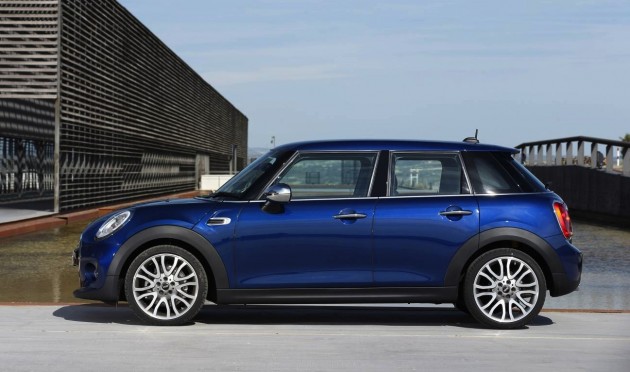 By introducing a five-door model MINI has expanded its market appeal so it now caters for those in the five-door hatch segment. The overall design of the car retains the theme of the traditional Cooper, albeit with an extended rear.

Starting off the five-door range is the MINI Cooper which now uses a new 1.5-litre three-cylinder with TwinPower Turbo engine, producing 100kW and 220Nm, offering a combined fuel consumption figure of 4.9L/100km.

Next up is the Cooper D which comes with a 1.5-litre turbo-diesel three-cylinder producing 85kW and 270Nm, delivering a combined fuel consumption rating of 3.8L/100km when paired with the manual transmission.

Last but not least is the sporty Cooper S model, featuring an all-new BMW-developed 2.0-litre TwinPower Turbo four-cylinder engine that punches out 141kW and 280Nm. Combined fuel consumption for the Cooper S is rated at 6.0L/100km in automatic guise. The Cooper S is capable of sprinting from 0-100km/h in 6.9 seconds when paired with the six-speed manual transmission, or 6.8 seconds with the Steptronic Sports automatic.

Six-speed manual transmission comes standard on all models, or there’s the an optional Steptronic six-speed automatic, all with front-wheel drive.

The 5 Door is a bigger car overall compared with the 3-door, sitting 161mm longer (72mm in the wheelbase) and 11mm taller. Interior space is also more generous, with 72mm added to rear legroom and 15mm to rear headroom, and 15mm more width at elbow height. 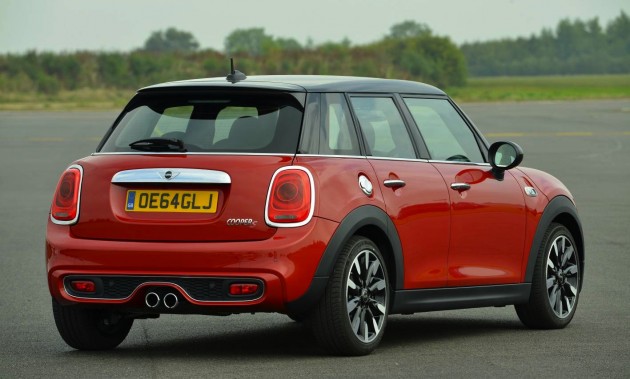 The new MINI Cooper 5-door will be available in showrooms from November 1. Prices are as follows (excluding on-road costs).