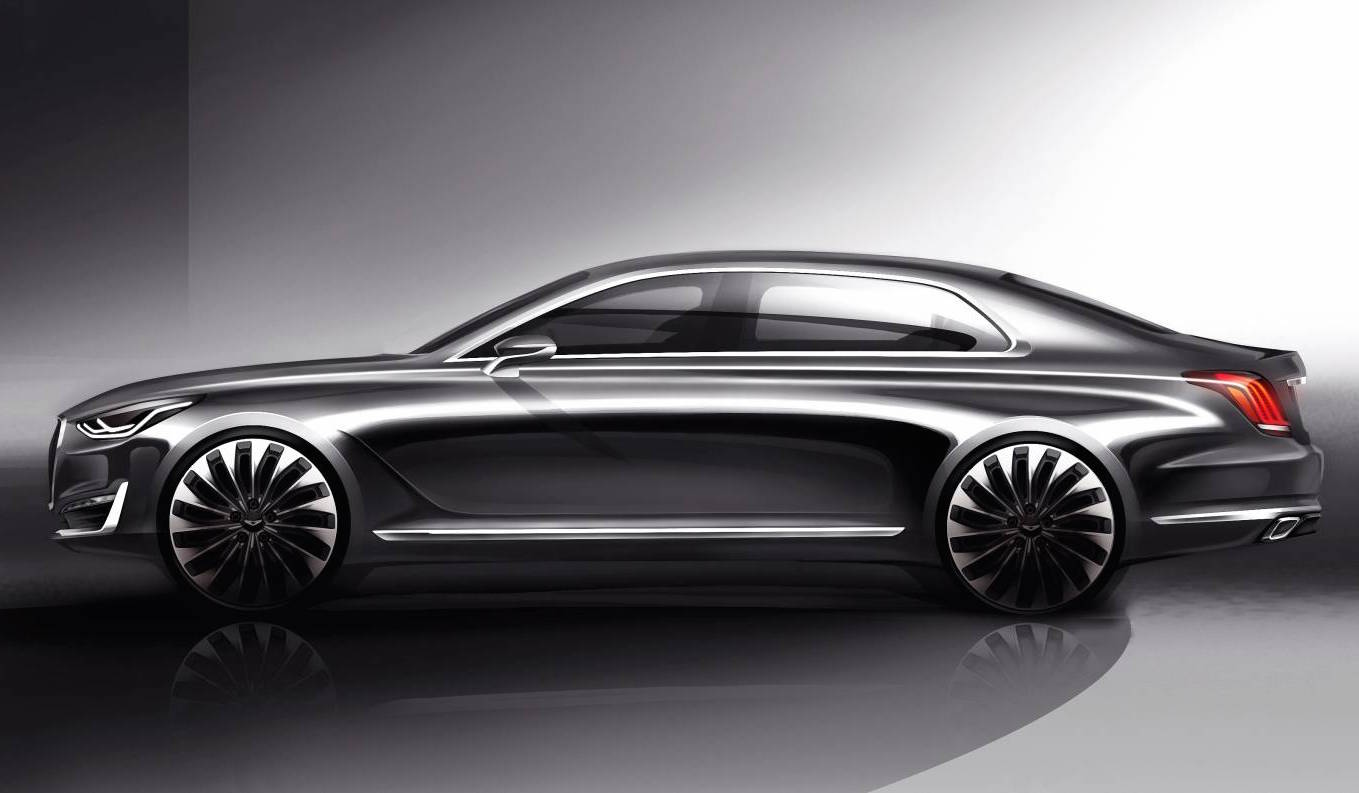 Hyundai has revealed some design sketches of its new G90 large luxury sedan, giving us all an insight into the design direction of the company’s future luxury cars. 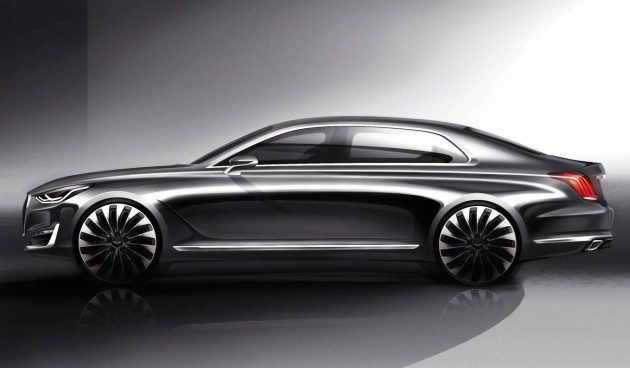 The G90 is pitched as the flagship within the Genesis sub-brand, sitting above the Genesis sedan sold in Australia. It showcases the brand’s ‘Athletic Elegance’ design language with a distinguishing front end and Genesis emblem in the middle.

From the front, the slab-like body features a bold body-length character line, with curvaceous wheel arches, a high waistline, and a neatly finished off tail with an integrated rear lip spoiler. There’s also long rear doors accommodating a large cabin and abundant rear seat space. Hyundai spoke about the concept in a statement, saying,

“As the Genesis brand’s flagship model, G90 is a blueprint for change and innovation that will distinguish the Genesis brand. Majoring on ‘human-centred’ technology combined with engaging driving dynamics, G90 boasts a raft of world-best safety features and technological innovations to set itself apart in the luxury market.”

Hyundai is planning to launch six new Genesis models by 2020, with a production version of the G90 set to go on sale in its home market in Korea later this year. 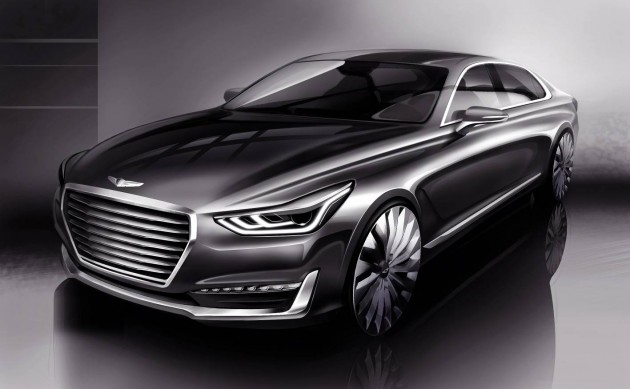