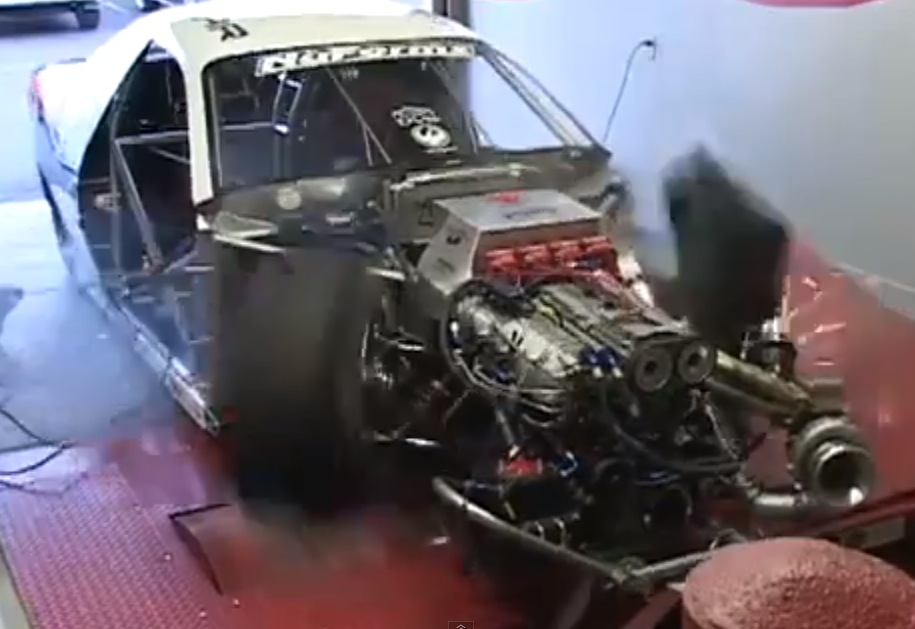 Why anyone would want to convert a Chevrolet Camaro muscle car into a front-wheel drive is beyond us. It’s sacrilege. Here we see the scary consequences of using unsuitable tyres on the dyno. The car was apparently making about 1800hp (1343kW) at the time, and spinning away at over 320km/h. Again though, the source of the problem in our eyes is that FWD conversion. Just no.