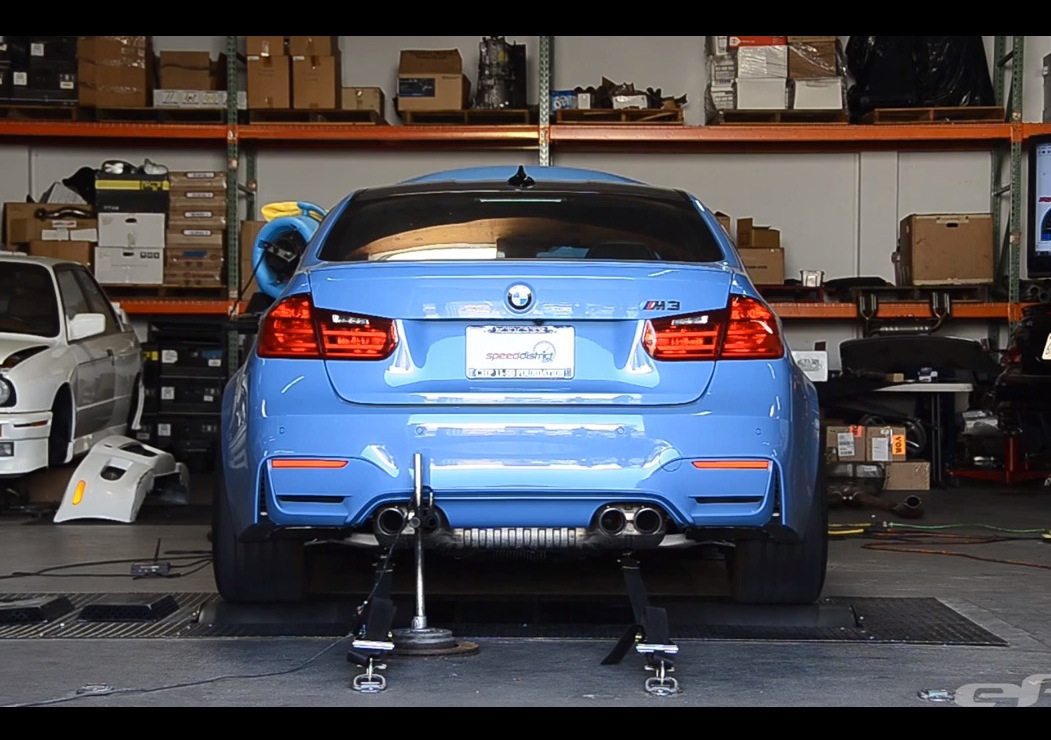 A new 2014 ‘F80’ BMW M3 has been put on the dyno and, as no surprise, the car actually makes more power than what BMW M quotes. This isn’t the first time the company has underrated its cars. 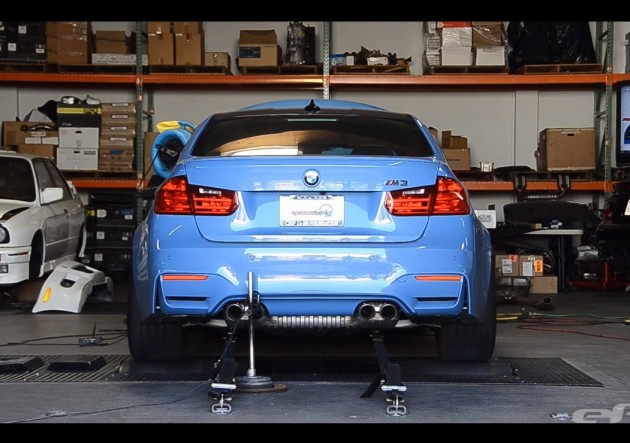 You might remember a couple of years ago a stock BMW M5 produced 393kW at the wheels. The car is only supposed to develop 412kW at the engine. By the time you add in the drivetrain load you end up with an engine figure of more like 460kW.

The BMW M235i also laid down some bigger numbers than what it’s supposed to. In standard form the engine produces 240kW, however, on the dyno a stock example made 229kW at the wheels. This is around 270kW at the engine.

So, following tradition, here we see a standard example of the new BMW M3 doing the same thing. It’s powered by a 3.0-litre twin-turbo straight-six engine. In the brochure the new unit develops 317kW from 5500rpm to 7300rpm.

On the dyno the car makes 312kW (424PS/Euro HP) at the wheels. This means the engine is actually outlaying something more like 340-350kW – quite impressive for a 3.0 litre. Even more impressive, the car was running on regular 91 octane fuel according to the dyno chart.

The new M3 goes on sale in Australia this month, including the M4 sharing the same credentials.