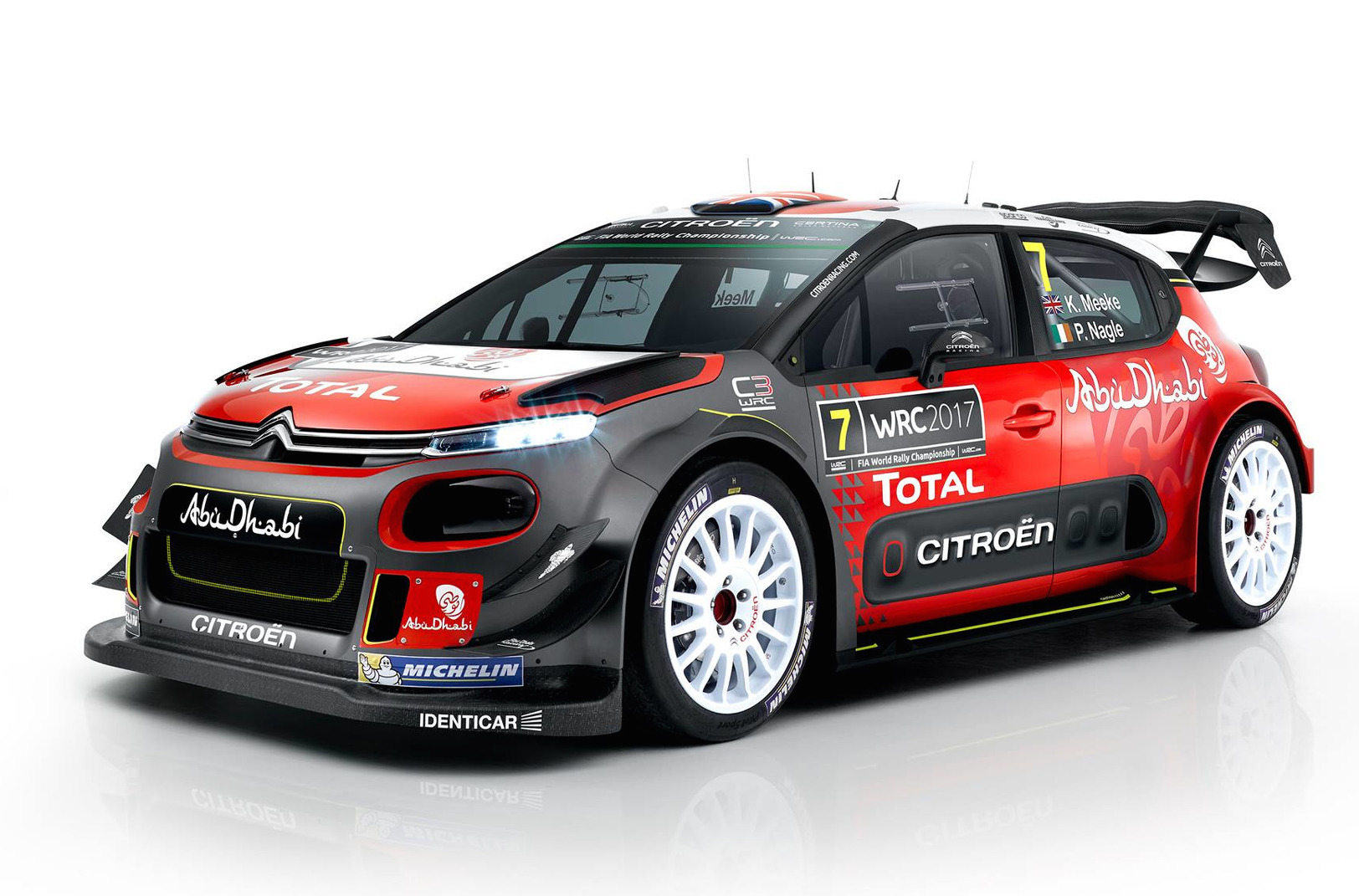 Citroen has unveiled the car it hopes will take out the 2017 World Rally Championship, with its 2017-spec C3 rally car. 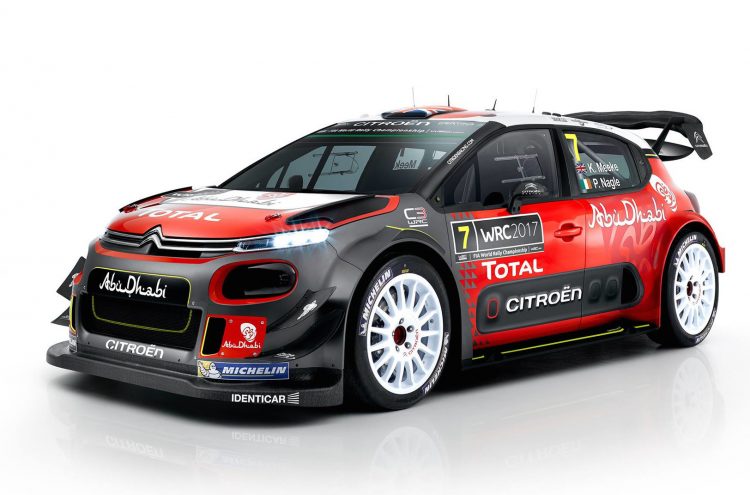 The car was unveiled at a special event in Abu Dhabi earlier this week; the wealthy UAE nation is one of the team’s major sponsors. Kris Meeke, Craig Breen and Stephane Lefebvre are the men in the driver’s seat for the 2017 season, although there are rumours of Frenchman Sebastian Ogier also joining Citroen after Volkswagen pulled out of the WRC.

Team boss Yves Matton said: “In 2017 we want to win rallies in normal conditions, by beating our competitors. And then in 2018, our goal is to bring home at least one of the world titles.”

In reference to the expectations being mounting on the team, Matton said: “A lot of people are expecting the C3 WRC to be fast right from the word go. So we certainly have pressure on our shoulders.”

“The team is perhaps not as well-established in this environment as before and we’ll need some time to settle back in,” he said, adding that “as ever, we won’t be getting carried away. We’ll treat this challenge with the respect it deserves.”

Citroen hasn’t taken out a driver’s title in the WRC since 2012, when Frenchman Sebastien Loeb won the championship. Instead, Citroen has recently dominated the World Touring Car Championship (WTCC), taking out a hat trick of victories between 2014 through to and including 2016’s season. Citroen has since terminated its WTCC program, opting instead to invest into the WRC.

Citroen is set to go up against the likes of M-Sport Ford, Hyundai and the return of Toyota to the WRC in the 2017 season. We’ll see just how competitive the car is when the 2017 WRC season kicks off with the first event, the Rally Monte Carlo, starting on January 19.

Citroen has confirmed that it will be bringing its sleek and stylish French C5 X wagon to Australia later this...