What do you do when you have loads of money and don’t want an ‘ordinary’ Ferrari? You get Ferrari’s Special Project division to build you a custom creation of course, such as this F12 Berlinetta TRS. 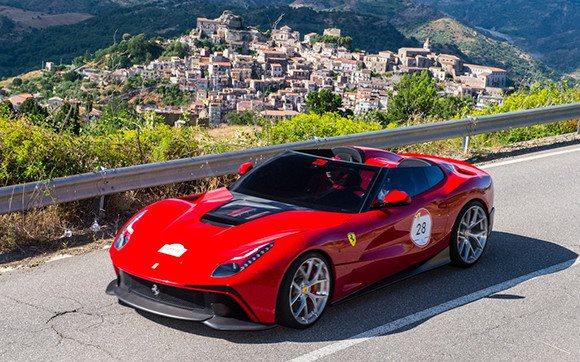 The one-off supercar is based on the grand touring and hugely powerful F12 Berlinetta, which is normally a strict hard-top coupe. But in this, the roof has been elegantly chopped off for a cool roadster layout.

There’s a pair of buttresses that run down the back of the seats, inspired by the 1957 Ferrari 250 Testa Rossa, and a smooth wrap-around windscreen and a bespoke front chin spoiler.

Around at the back everything has been changed, with a custom wing formed into the bodywork, a carbon fibre fascia, and two pieces of bodywork that sweep into the middle and run down into a chunky diffuser underneath. 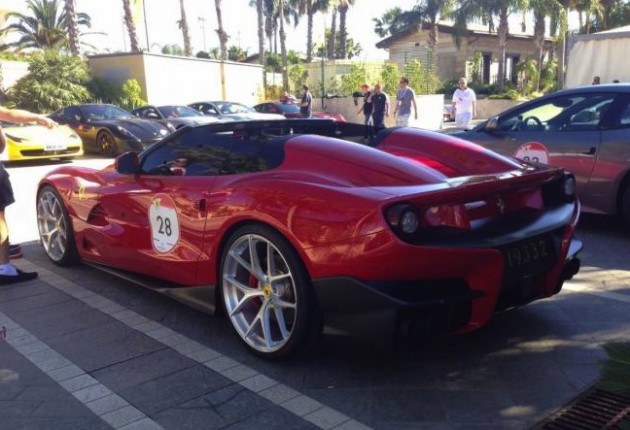 Inside is revised and now appears with a cleaner and fuss-free layout, with fewer buttons and controls ruining the design. It’s all covered in either Alcantara, carbon fibre, and plush leather.

Unfortunately Ferrari hasn’t released official photos of the car, however, we found a video which shows some of the detail. See below.