Red Bull is at it again with the Red Bull F1 car on the dirt. This time, it seems David Coulthard was given instructions to rev the engine a lot more and generally have a laugh. 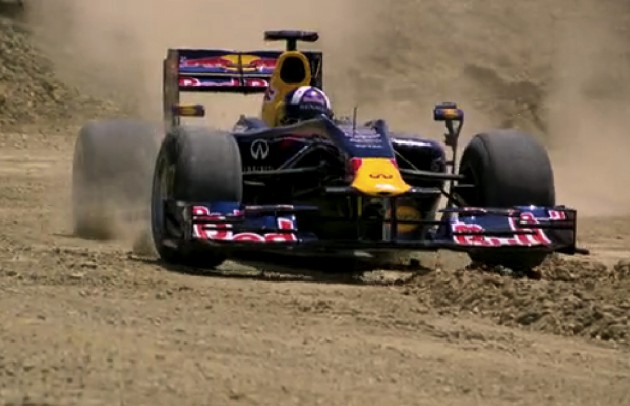 Last month, David Coulthard took a Red Bull Formula One rallying on an unfinished Circuit of the Americas Formula One circuit, which was just a dirt track. This time, Red Bull takes the US F1 campaign even further by incorporating some kind of story line with cowboys and everything.

At the end of the day, it’s a F1 car on the dirt spraying all kinds of high-revving awesomeness – and dust – into the air. Clicking play below is a must if you love maximum revs, Formula One, and rallying.