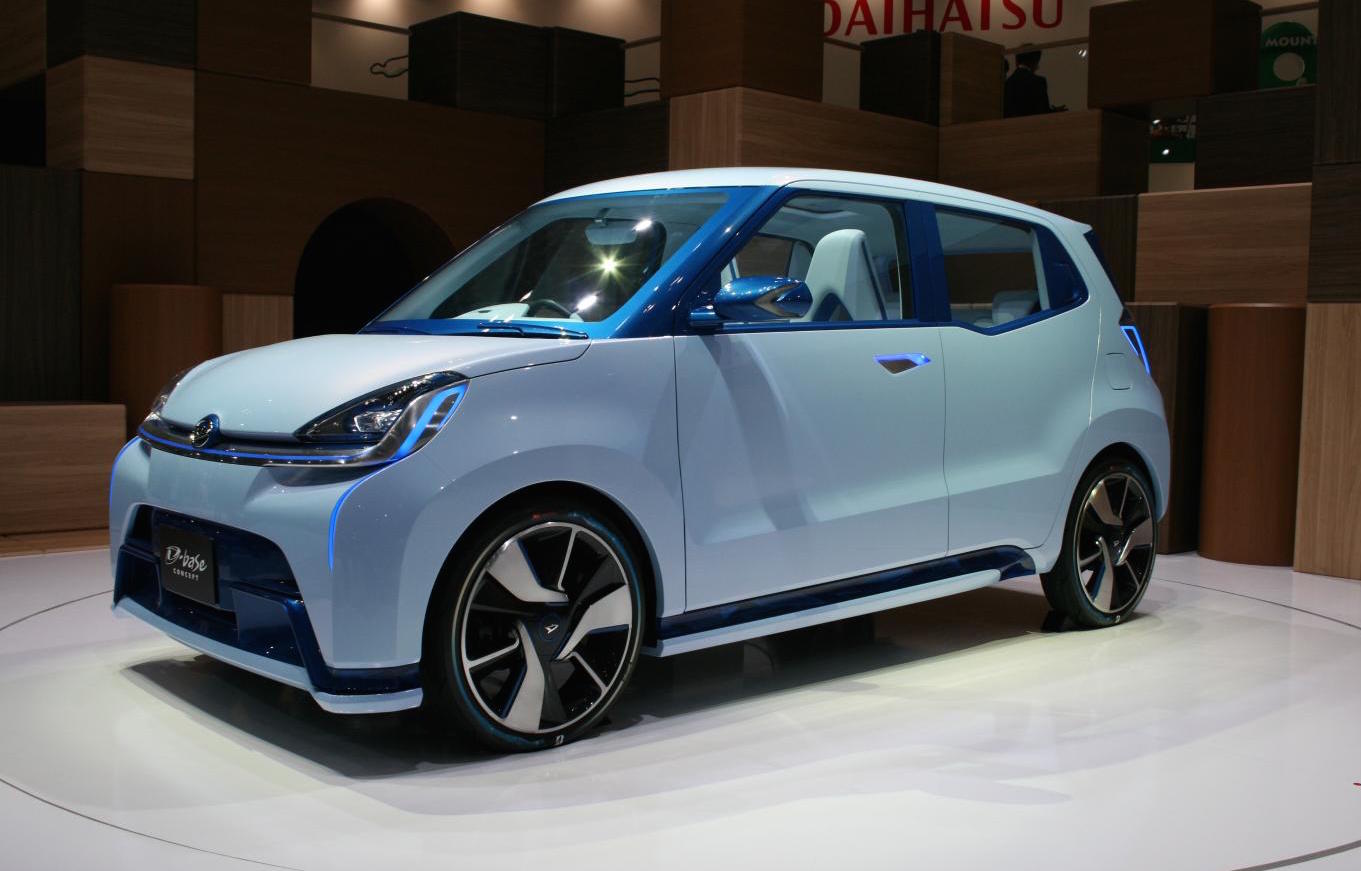 Toyota-owned compact car manufacturer Daihatsu has previewed its next generation in ‘kei’ cars with the D-base concept at the Tokyo Motor Show. It shows off a sporty and futuristic personality. 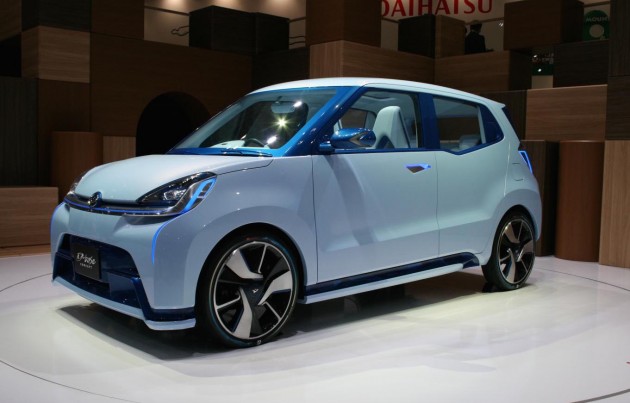 The D-base features an edgy and distinctive window treatment, with a concealed rear door handle. It’s finished in pearlescent white, with contrasting blue accents throughout, such as on the A-pillar and windscreen base. Large alloys shod with narrow low-profile tyres add sporting flair, while blue LEDs and clear taillight lenses give the car a futuristic look and convey its eco credentials.

Consuming just 3L/100km, the car is said to use lightweight materials, regenerative braking and a continuously variable transmission to maximise the efficiency of its 660cc three-cylinder engine (the maximum displacement allowed in Japan’s kei-car category).

Inside, the theme of blue LEDs continues throughout almost every surface. A digital 3D instrument cluster is accompanied by a floating infotainment screen. The CVT appears to be activated by a small slider atop a flying buttress on the centre console.

Vehicles expected to benefit from the concept are the JDM Daihatsu Mira. The brand has not sold vehicles in Australia since 2006, however, Daihatsu enjoyed considerable success throughout the 1980s and 1990s with the Charade, Applause and Terios.