Porsche has released a nice video showcasing the new Porsche Panamera GTS during a hot lap with company chief test driver Walter Rohrl behind the wheel. 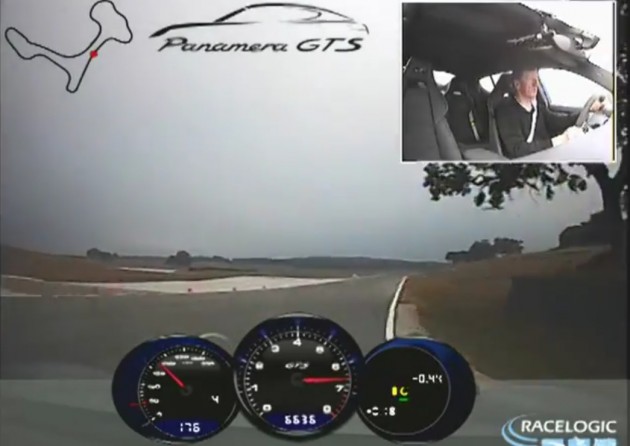 Walter Rohrl knows a thing or two when it comes to driving. He piloted the epic Audi Quattro S1 Group B rally car back in the days, and now works as Porsche’s chief test driver.

As part of his job he has to analyse and test every production car that Porsche ever makes, including testing them to extremes on the Nurburgring, and at the company’s test facilities in Leipzig, Germany.

Here we get a taste of some of his driving and his job as he takes a new Porsche Panamera GTS for a flat-out lap around the prestigious Ascari circuit in Spain. Notice how much of the track he uses, taking the Panamera right to the edge on most corners. His lap is also very smooth, with no sudden movements.

The Porsche Panamera GTS is an all-wheel sedan featuring a 4.8-litre naturally aspirated V8 engine producing 316kW of power and 520Nm of torque. It’s able to smash 0-100km/h in 4.5 seconds.

The GTS is available in Australia with prices starting at $337,509 (Sydney price at time of writing). Click play below for a taste.