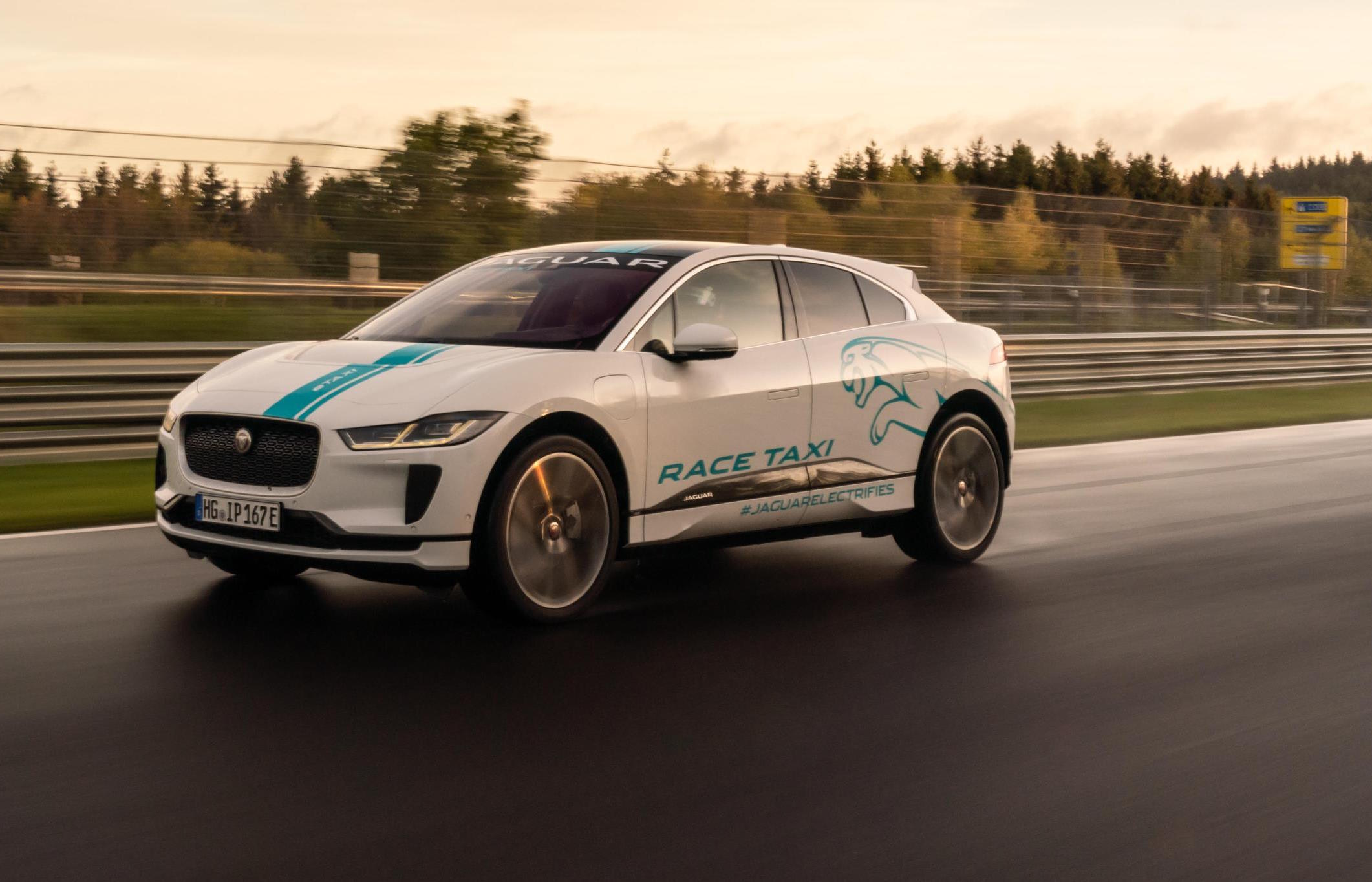 If you’re a fan of the Nurburgring, you’ll probably know about the ‘Ring Taxis’ that operate around the circuit. For years only BMW M5s and more recently BMW M3s have been offered. Jaguar has now announced it is offering a RACE eTAXI ride in its I-PACE all-electric crossover. 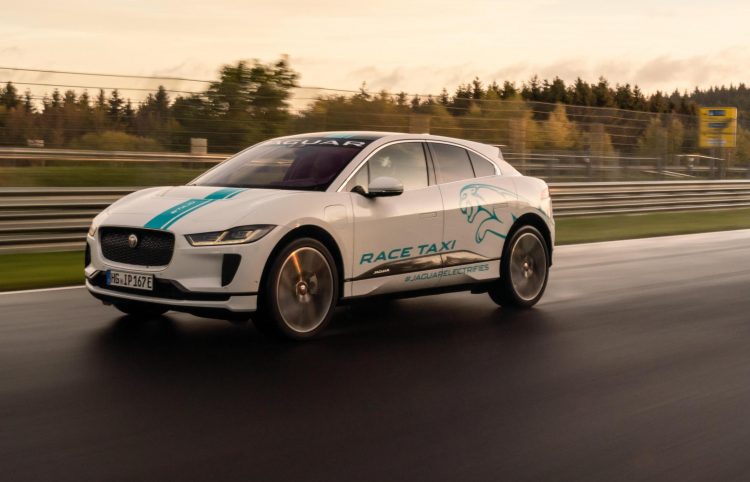 Jaguar is the first automaker to offer customers a ride in an all-electric “race taxi” round the Nurburgring Nordschleife in Germany. This is a big statement by the company, for two reasons; the Nurburgring is punishing to vehicles, but also very demanding and at 20.8km long, it will no doubt push the electric system to its limits.

The company is offering laps with a professional race driver behind the wheel, with one lap (at the time of writing) listed at a price of €149.00 for 1-3 passengers (about AU$243). There are some restrictions, such as a minimum age of 18 years and a maximum body weight of 120kg, as well as a maximum height of 2.00m.

Being all-wheel drive, with an electric motor at the front and rear axle, the I-PACE should offer excellent dynamics around the arduous circuit in all weather conditions, including around all 73 corners. Jaguar doesn’t promise any specific laps times for passengers, but given the I-PACE produces 294kW and 696Nm, and is able to conquer 0-100km/h in a claimed 4.6 seconds, we don’t think many customers will be doubting the performance level.

Customers can also go for a lap in the XE SV Project 8 super sedan, which has set a lap record around the circuit for a production four-door sedan. The car features a 5.0-litre supercharged V8 that produces 441kW, hooked up to an eight-speed auto with all-wheel drive. Prices in this for one lap start from €249.00 (about AU$405).

Jaguar is offering RACE TAXI laps from now until the end of the season, in late November. Head over to the RACE TAXI website for more information. You can also head over to our Jaguar I-PACE review for more detail on the car (includes our 0-100 and in-depth POV videos).