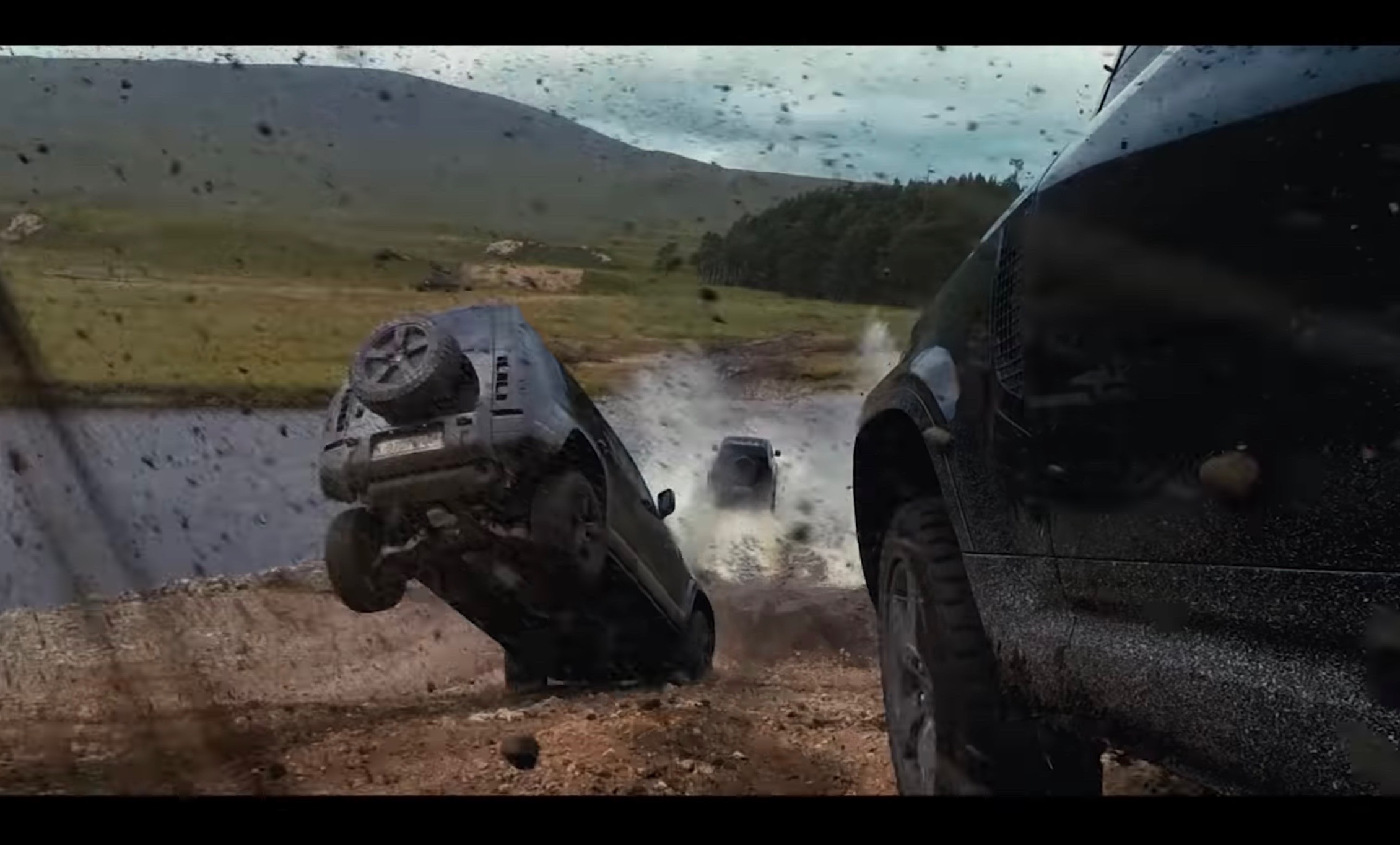 It’s been confirmed, the all-new 2020 Land Rover Defender will be used in the upcoming James Bond film, No Time To Die. Land Rover has released a kind of trailer, showing what stunt drivers are doing with the SUV in the film.

A bunch of Defenders are being used for at least one of the heated chase scenes, and it looks like the stunt team had a lot of fun in the process. The 110 version was used, all in black, which suggests these will be on the villain’s side.

Some of the stunts include smashing through mud and creeks, and of course catching lots of air over jumps. Land Rover says this was durability testing to the extremes, as stunt drivers tried out the off-road tech, ground clearance and water wading ability.

Other Jaguar Land Rover vehicles will also be used in the film, including Range Rover Sport SVR, Land Rover Series III, and Range Rover Classic. Check out the sneak peek in the video below. No Time To Die is set for release in April, 2020.