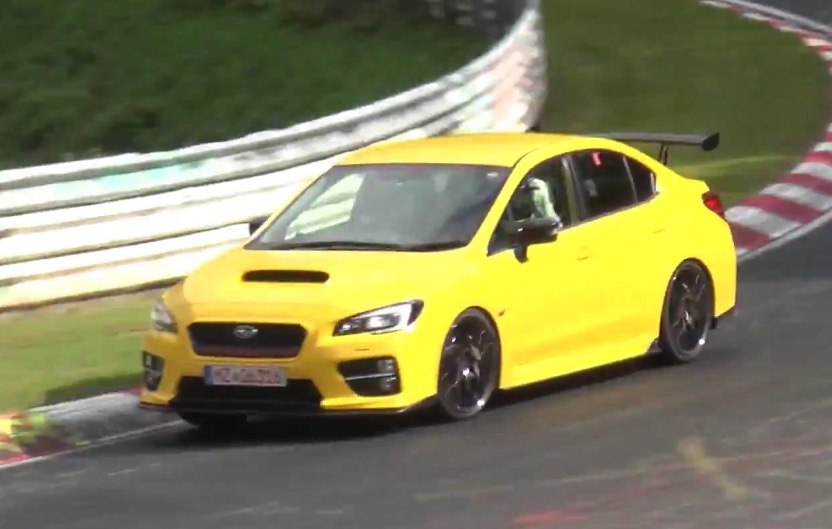 An interesting Subaru WRX STI prototype has been spotted on the Nurburgring, showing off a bright new colour and some racy aero enhancements. 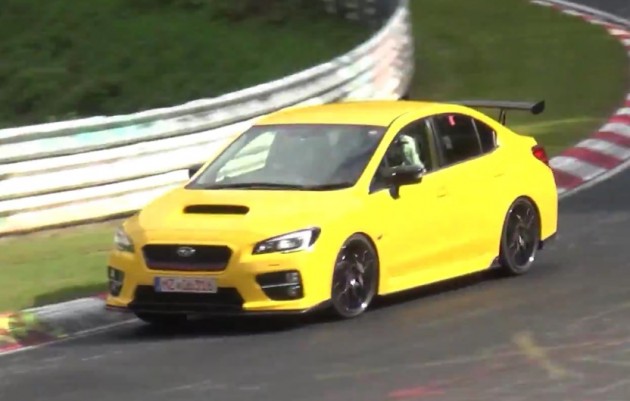 In Australia and various other markets, the WRX STI comes with the old 2.5-litre turbo boxer engine. However, in Japan it gets a newer 2.0-litre turbo, similar to what is seen in our local standard-model WRX. Is Subaru testing a new 2.0-litre setup here?

There are a few clues which suggest this could be something more serious than a simple powertrain update. At the back there’s a large wing mounted on the boot, while the design has been scattered with black accents, such as the more aggressive front spoiler, front grille, and side mirrors and wheels.

Subaru might be testing a ‘Type S’, of sorts, package for the international market. At the moment the Type S, which comes with a more sophisticated differential setup, Bilstein suspension, and lightweight forged BBS wheels, is only available in Japan.

Click play below to take a look. And feel free to tell us what you think it is in the comments section below.