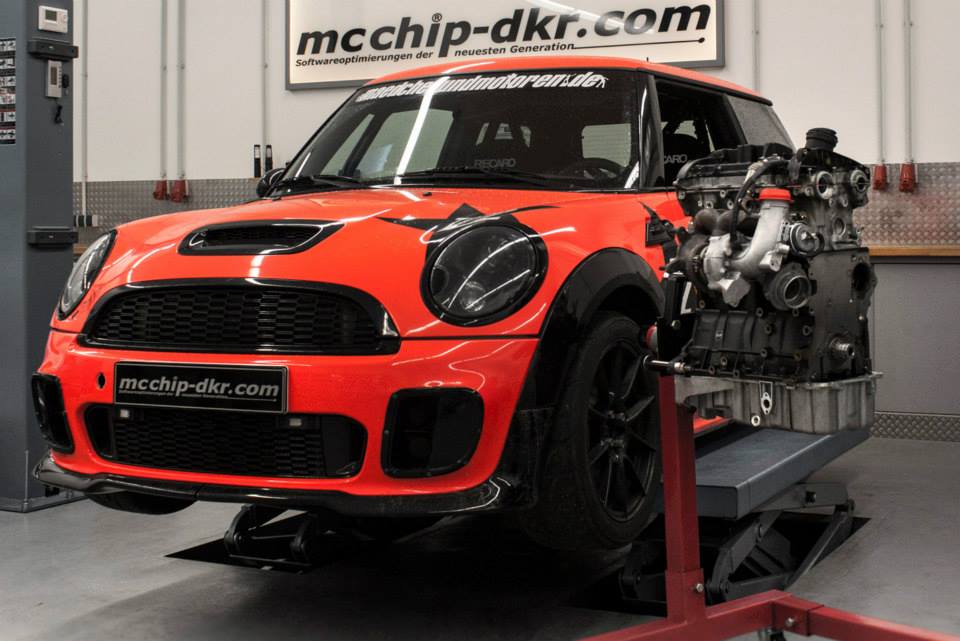 We love crazy conversions here at PD. Who doesn’t? This one from McChip is sure to spike some interest. It’s a MINI Cooper JCW which is getting a 2.0-litre Audi S3 engine conversion. 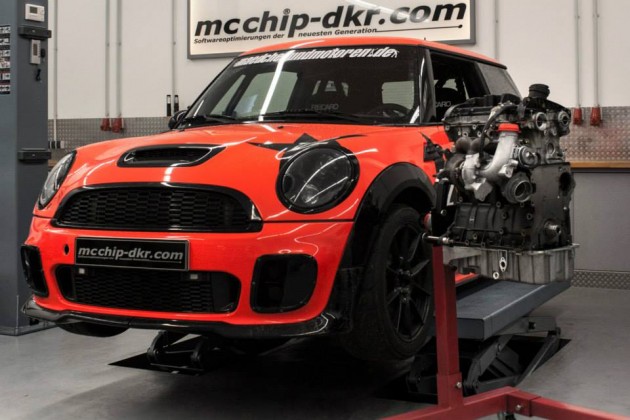 Yep. Even though the MINI is powered by a 1.6 developed by BMW, the tuning company is deciding to go with an engine from one of BMW’s key rival companies; Audi. The unit is sourced from the previous-gen S3, and can also be found in the TTS and Volkswagen Golf R. 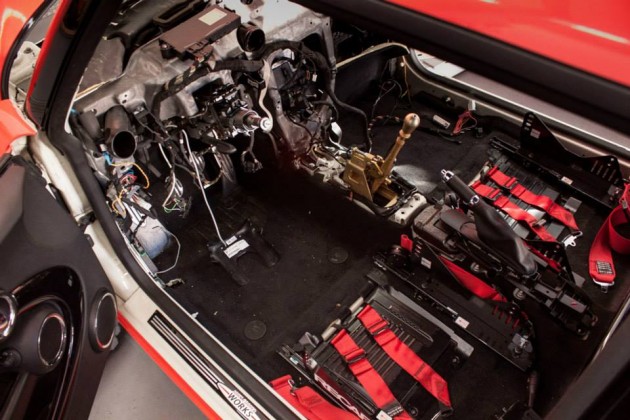 In its standard form the engine offers near-enough to 200kW, however, McChip has other ideas. It’s going to apply a Stage 3 tune to boost power to the 240kW mark.

We’re not quite sure if the car is being built for motorsport or simply for the fun of it. By the looks of those racing numbers on the sides, we’re guessing it probably won’t be road legal, which would be a big shame – imagine the confused onlookers seeing this thing rip down the street sounding like an Audi/Volkswagen.