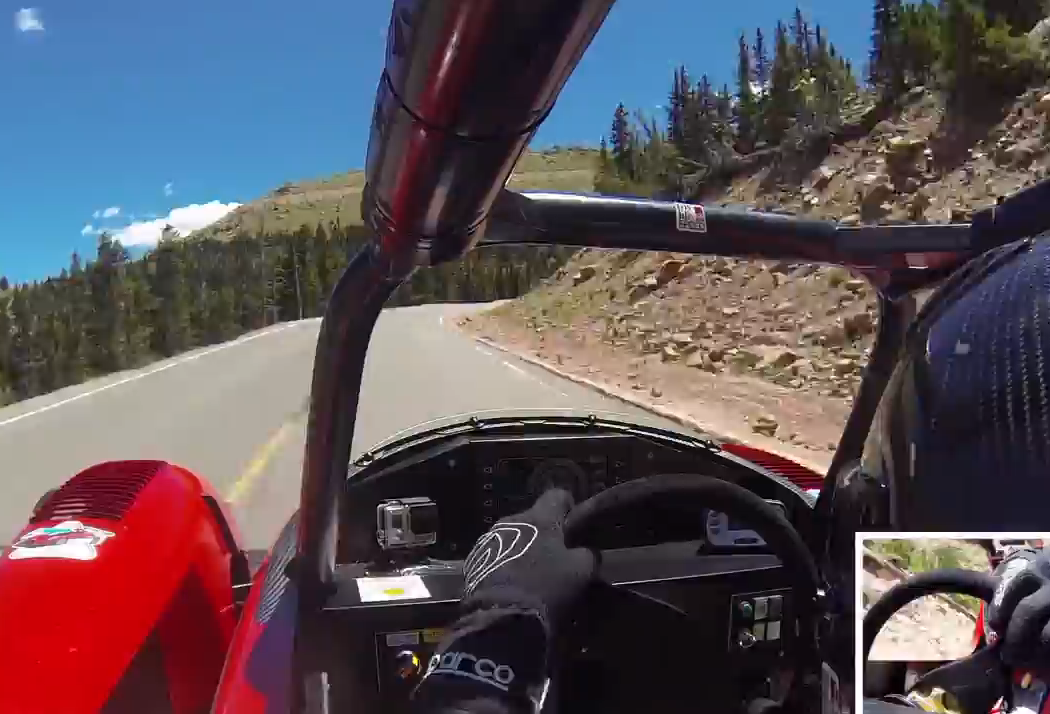 Mitsubishi has released footage of its record-breaking run at the 2014 Pikes Peak International Hill Climb event which took place on June 29. 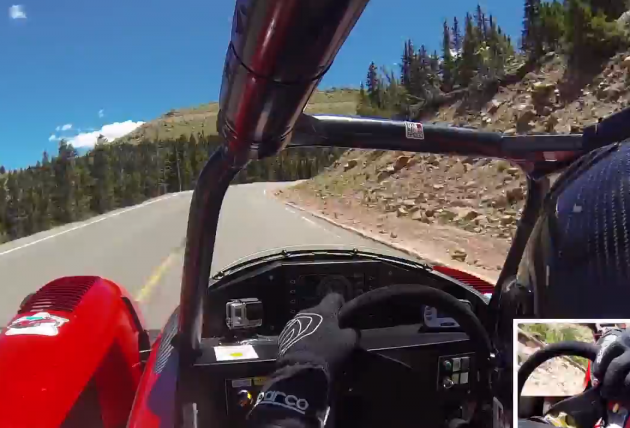 The team ran with the MiEV Evolution III fully electric race car, which received some updates from last year’s model including a power lift from 420kW to 450kW.

Other updates for the 2014 version include a redesigned tube chassis with a focus on reduced weight, new aero features for the body, and an updated Super All-Wheel Control system.

The racer was driven by Greg Tracy. He finished the climb in 9:08, beating the previous Electric Modified class record of 9:46.

The overall world record for the climb was achieved by Sebastien Loeb last year. Loeb ran up the famous mountain in the Peugeot 208 T16 in just 8:13.

Click play below to see how the Mitsubishi went.