The all-new, all-awesome 2013 Porsche 911 RSR has been revealed, based on the new-generation 991 Porsche 911 sports car. The racing special will compete in the World Endurance Championship and the Le Mans 24 Hours this year. 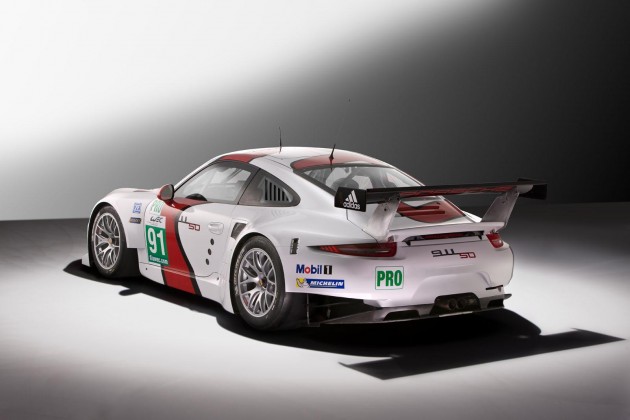 Featuring revised aerodynamics, a stricter focus on being lightweight, and a six-speed sequential transmission now with paddle shifters, the new RSR is set to be even quicker around a track than the previous version.

Power comes from a slightly revised version of the 4.0-litre naturally aspirated flat-six engine, however, power remains the same with an overall output of 338kW. 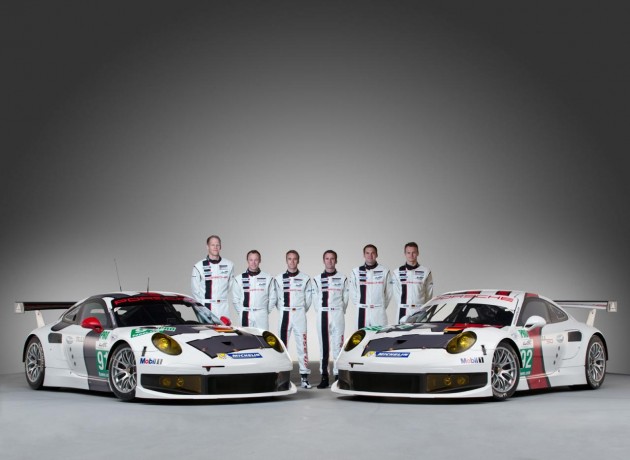 Like pretty much all 911s, the latest RSR is all about evolution. So engineers this time around spent a particular attention on not only managing weight, but also keeping it as low down as possible. It’s also been placed geometrically for a better distribution.

Interestingly, the new RSR also features a clever set of numbers on the body work. Specifically, on the roof. The digits ’50’ and ‘911’ can be seen from above to honour of the 911’s 50th birthday which is being celebrated this year.

Other changes for the cracking racer include a lighter weight transmission, along with the extensive use of carbon fibre. The bonnet, boot lid, doors, front and rear guards, wings, dashboard and centre console, and the underbody are all made from carbon. There’s also a lithium-ion battery to shave further weight.

Two cars – number 91 and 92 – will make their debut race at the Silverstone event in the UK, scheduled for April 14, 2013. The driver lineup will include Marc Lieb, Richard Lietz, Romain Dumas, Joerg Bergmeister, Patrick Pilet and Timo Bernhard.