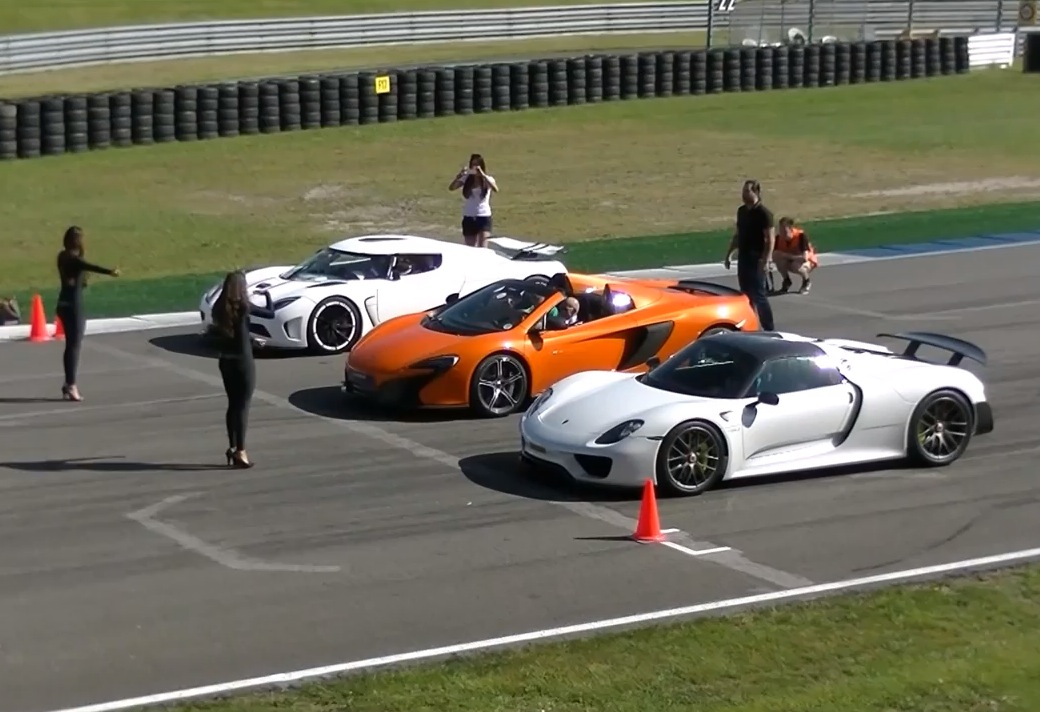 Here’s a race you don’t see every day. It’s between a new McLaren 650S, a Porsche 918 Spyder, and a Koenigsegg Agera R. Only the Porsche has all-wheel drive, while the Agera has over 1000hp at its disposal. Which is the quickest? Click play below to find out.