Chinese driver Han Yue has set the new world record for parallel parking a car in the tightest car space. The record attempt was sponsored by MINI and involved Yue swinging a Cooper S into a space just 15cm longer than the car. 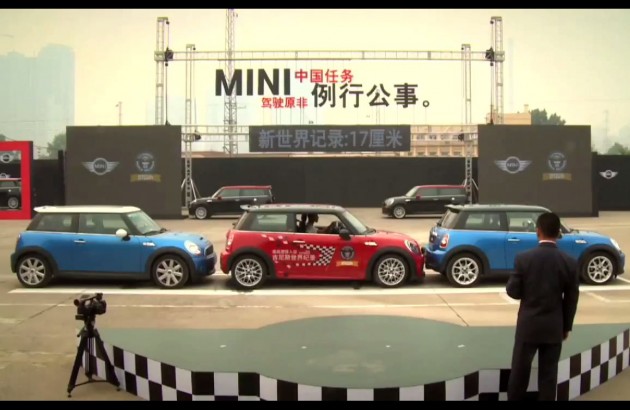 The Guinness World record, which has been reset a number of times in the past few years, beat the previous attempt by Patrik Folco who managed to squeeze a car into a space 22cm longer than the car.

You know how it is when you’re driving along, looking for a car space, then you see one except you keep driving because it looks just a bit small. Han Yue obviously suffered from this enough, and decided to not only learn how to snag a good park, but also grab ones that are on the other side of the road.

Take a look at the record park below. Imagine doing it on the street, what would the police say?