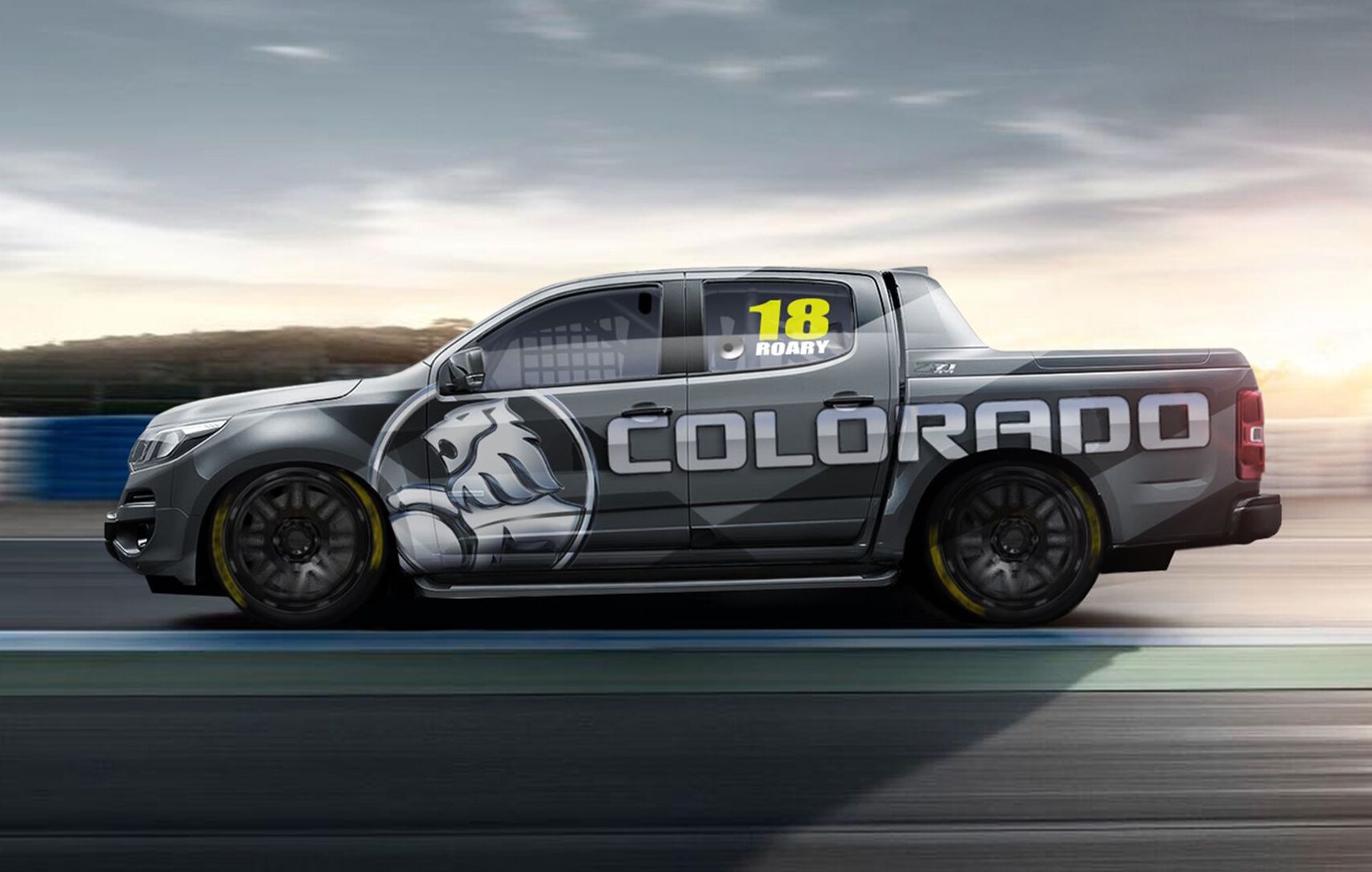 The Holden Colorado SuperUtes race car has been revealed, ready to enter the new motorsport category next year. The sport will see dual-cab utes tearing up race tracks around Australia, with turbo-diesel power. 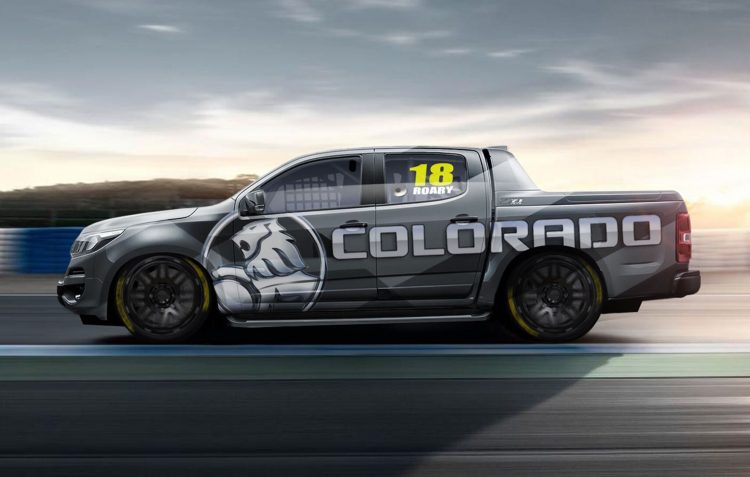 As we already know, the SuperUtes series is a production-car-based championship for rear-wheel drive utes. For the first time Holden has revealed the look of its Colorado-based racer that will compete in the six-grid, 32-car series.

The design of the Colorado SuperUte was the work of GM Design Australia, integrating the regulation roll cage and wheels, and finished in the popular Satin Steel Grey exterior colour. It also features a large Lion logo graphic on the sides. GM Holden general manager of brand, media and sponsorship, Emma Pinwill, said:

“SuperUtes is an exciting new racing series and supporting Australian motorsport has been an important part of Holden’s heritage, so we are delighted to homologate Colorado for the series.”

The first Colorado racer is currently being built at Ross Stone Racing on behalf of Holden. It will take on five other car makes in the SuperUtes series, including the Mazda BT-50, Toyota HiLux, Ford Ranger, Nissan Navara, and Mitsubishi Triton.