An Austrian tuning company called MS Design has come up with a styling kit for the Ford Focus ST hot hatch, bringing its visual impact to boiling point thanks to a distinct black and white theme. 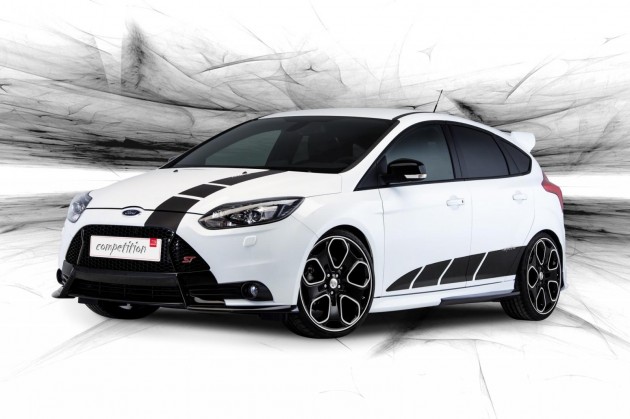 At the front, the company has formed a bespoke front bumper bar and spoiler system, with an aggressive grille which actually looks a bit like the standard Focus layout – with the two vertical bars surrounding the number plate.

Down the sides is a pair of matching side skirts, with a black racing stripe. Topping off the side profile is a set of black machined-faced 20-inch alloy wheels. These give the Focus, we think, a real imposing look. 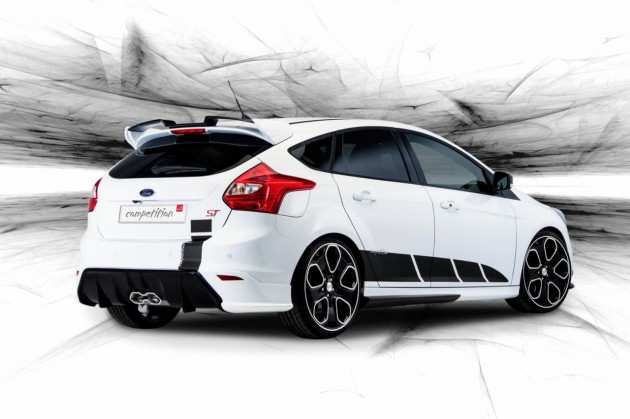 Turning to the rear, MS Design has fit a chunky diffuser lower down in a newly designed rear bumper bar. The diffuser features fins and encompasses a chrome hexagon-type exhaust outlet like the factory one.

There’s no speak of any modifications under the bonnet, however, with an extremely punchy 2.0-litre EcoBoost turbo four-cylinder producing 184kW, it wouldn’t be difficult to get this thing really cranking. From factory the ST is capable of 0-100km/h in 5.7 seconds.

The complete kit, called the ‘Competition’, will make an appearance at the 2013 Geneva Motor Show which starts on March 5 (media day).