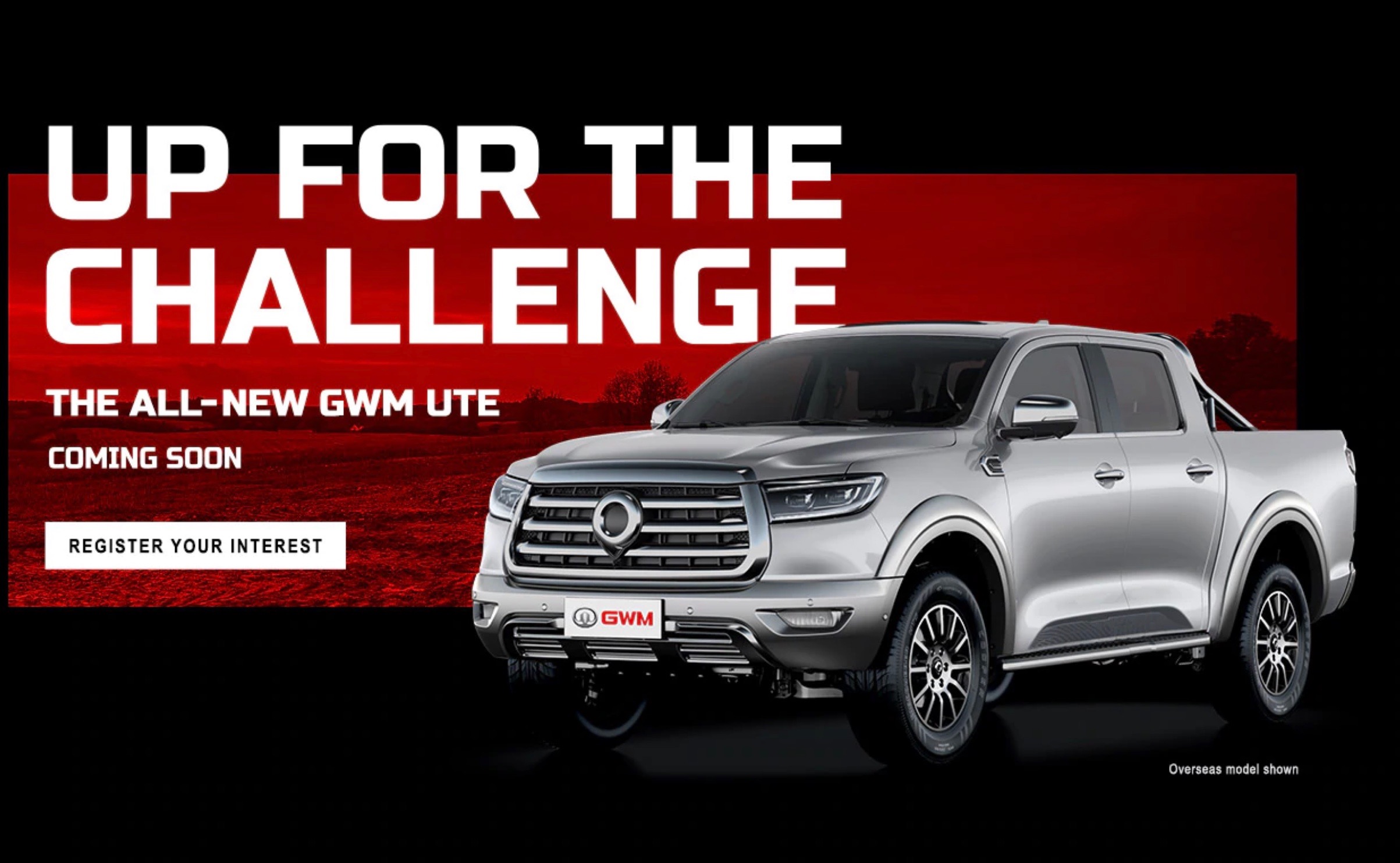 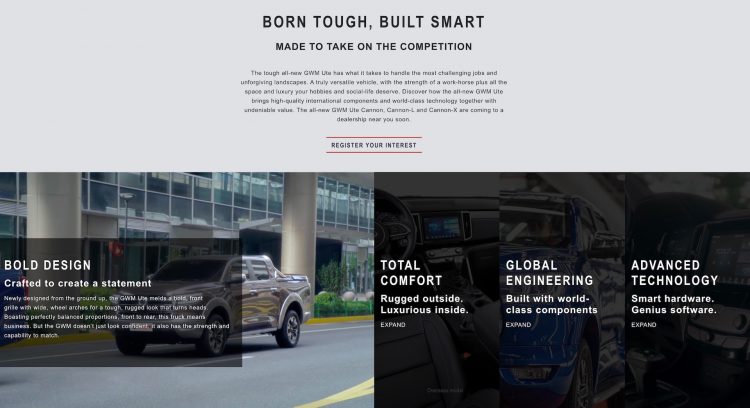 The new GWM brand, owned by Great Wall Motors and operated by Haval and Great Wall in Australia, confirms it will be offering three main variants of the new GWM Cannon; the base model Cannon, the Cannon-L, and the Cannon-X. All models are set to be powered by a 2.0-litre turbo-diesel four-cylinder engine producing around 120kW and 450Nm, although official details are yet to confirm.

According to the GWMUte website, the new model will come with a 9.0-inch touch-screen media interface inside, packing Android Auto and Apple CarPlay, while a surround-view parking camera system will be offered, at least for the upper models. GWM says the cabin has been designed in Europe, claiming “best-in-class legroom”. 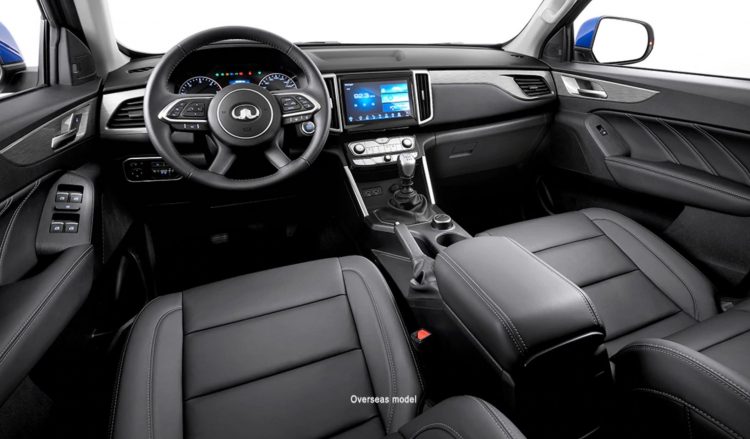 A six-speed manual and eight-speed auto will be offered, and all variants use a heavy-duty ladder-style chassis running independent front suspension and a live axle rear end with leaf springs. Payload and braked towing capacities are yet to be outlined, but GWM says the Cannon will offer “outstanding load-carrying” capability.

In terms of safety tech, the company’s website confirms the availability of lane keep assist with automated steering help, as well as something called Dynamic Stability Control which was developed on Swedish ice roads, as well as four-wheel drive hardware and all-terrain technology provided by Bosch. 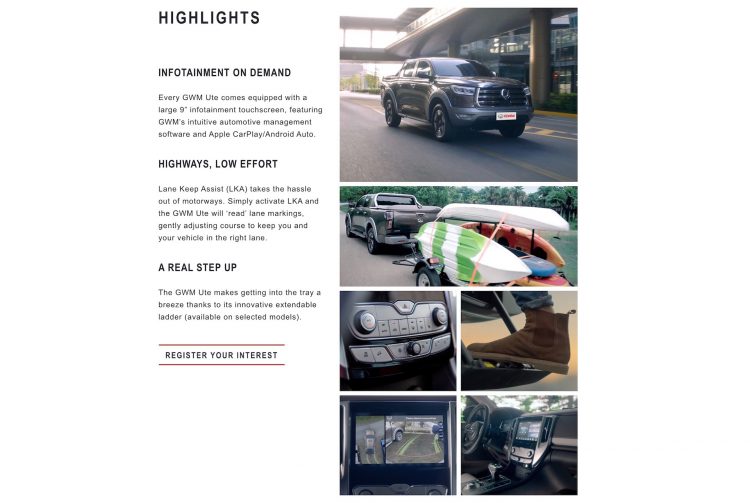 The new model is being described by the company as one of the most hotly-anticipated arrivals since the company began local operations. In a statement handed out today, Haval and Great Wall Motors Australia said:

“Completely new from the ground-up, the GWM Ute brings significant improvements across a number of key areas including safety, design, connectivity, capability and comfort and is expected to be a key driver in volume and brand growth in the coming years. As a further sign of anticipation for the new GWM Ute, some dealers have already taken deposits from customers.”

The GWM Cannon is scheduled to launch during the fourth quarter of this year. Final specs and prices will be announced closer to launch.