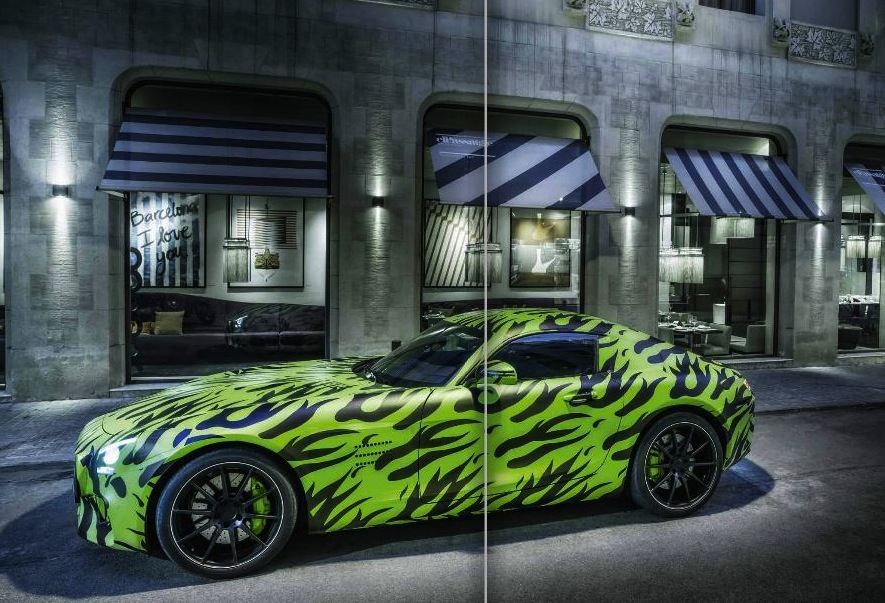 Some more details of the upcoming Mercedes-AMG GT sports car have been revealed in the latest issue of the company’s Driving Performance magazine. We also get another glimpse of the exterior design. 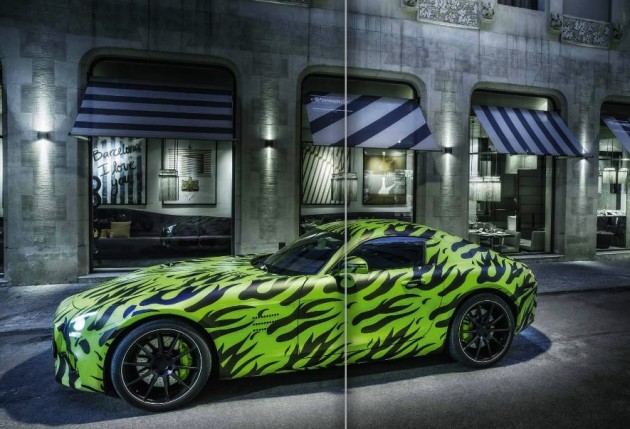 We all know the new model is being created as a sort of direct rival to outright driver’s cars like the Porsche 911. Mercedes has confirmed the new model will be built on a lightweight aluminium space frame to provide a truly lightweight platform.

Despite the GT name – grand touring – the new model is being designed to be an all-rounder, offering high capabilities in all areas of on-road motoring.

We can expect a typically luxurious interior with many gizmos and technologies, while underneath will be an adaptable chassis and suspension to suit every condition from sports driving to everyday commuting. Speaking in the Driving Performance article, Tobias Moers, AMG CEO, said,

It is being regarded as a smaller version of the stunning SLS AMG, with a long lustrous bonnet giving it a defined, textbook sports car profile, with very short front and rear overhangs which place the wheels at the furthest corners of the car for pure driving dynamics.

Under that long bonnet is believed to be a new 4.0-litre twin-turbo V8 producing around 380kW. The engine will be matched up to a seven-speed dual-clutch automatic, feeding power to the rear wheels, likely via a sophisticated limited-slip diff of some sort.

It’s expected to be a very popular model for Mercedes, offering sub-supercar performance with the practicality of a sports car. It will debut in March, 2015. We’ll be sure to keep you updated as more info is uncovered.