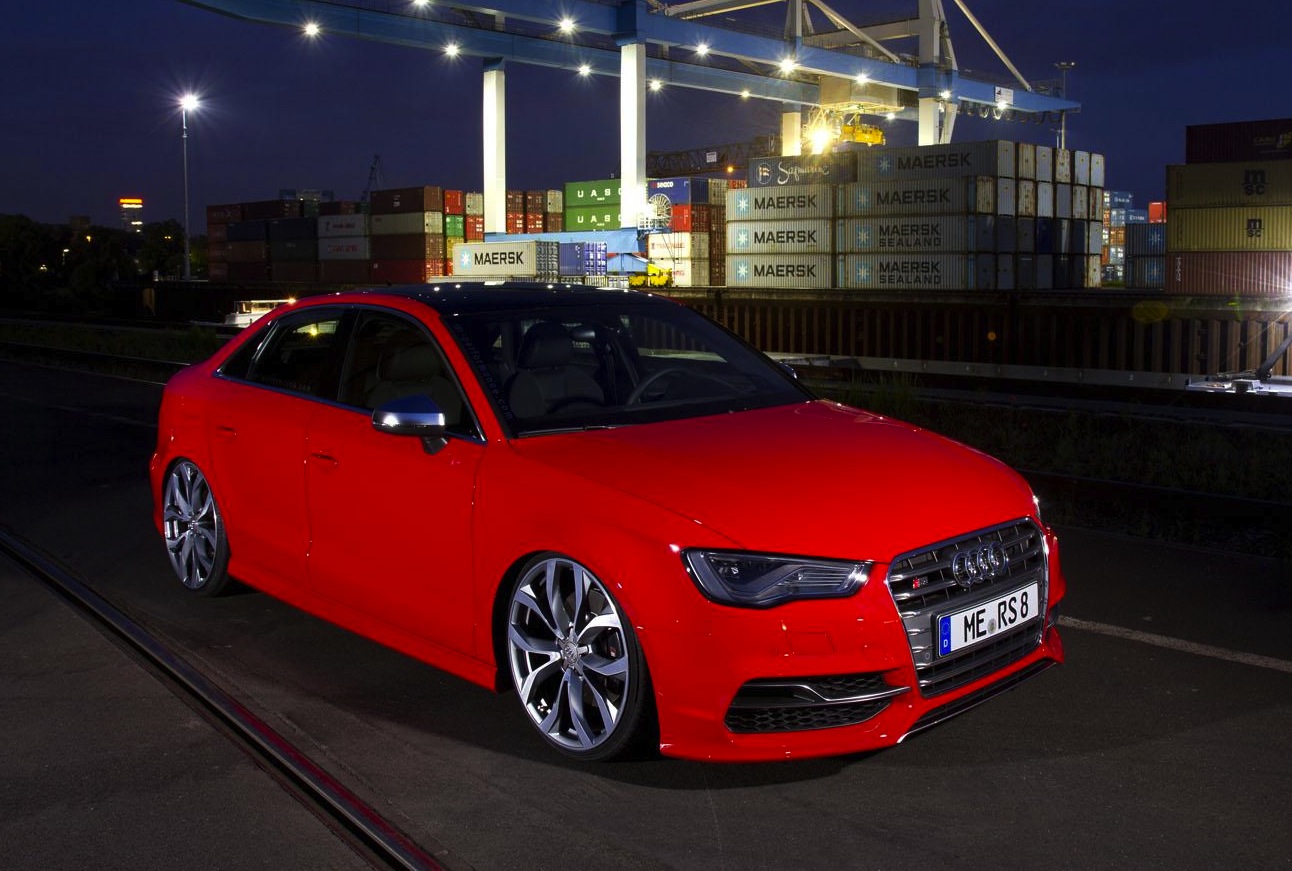 The Audi S3 sedan has only just gone on sale in Australia, but tuners from overseas have already had time to come up with upgrade packages. 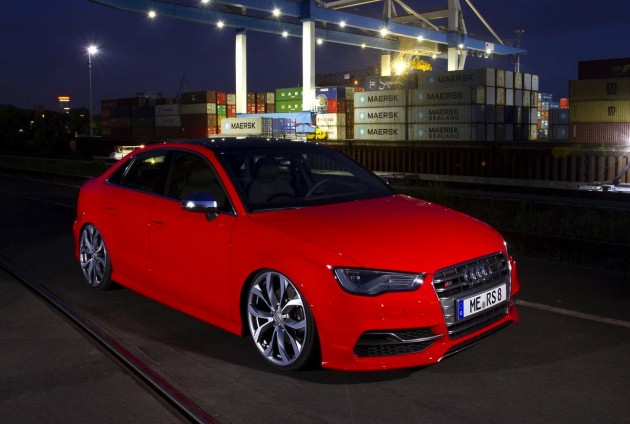 SR Performance, a German-based tuning company, has developed a project car that demonstrates some of the aftermarket performance potential of the potent little sedan.

Starting with the 2.0-litre turbo engine. The four-cylinder unit is controlled by an MTM M-Cantronic engine computer and a high-flow exhaust system incorporating a BN dump pipe and HJS cat convertor. 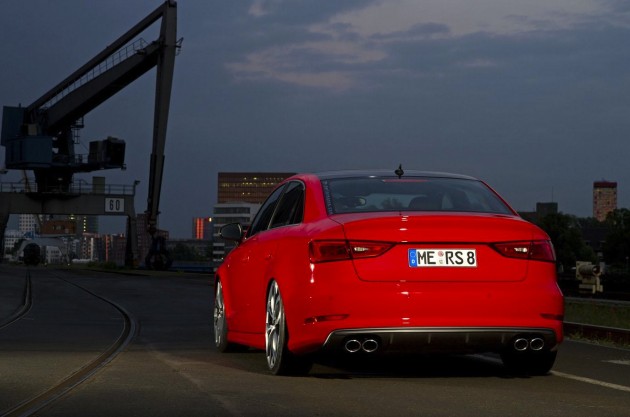 To boost its handling capability SR has fit a full KW coilover adjustable suspension kit. Along with 5mm wheel spaces, the S3 has a race-like stance, especially with the 20-inch forged alloy wheels which are actually taken from the Audi A6.

Lastly, the roof has received a black wrap to give it a fashionable street appeal. The S3 sedan already looks great. With these mods it looks very cool indeed, don’t you think?

The Audi S3 sedan is on sale in Australia now with prices starting at $62,200.