Mercedes-Benz has been spotted test driving a prototype version of the upcoming Mercedes-Benz CLA; a four-door coupe version that will sit somewhere in between the A-Class and the C-Class. 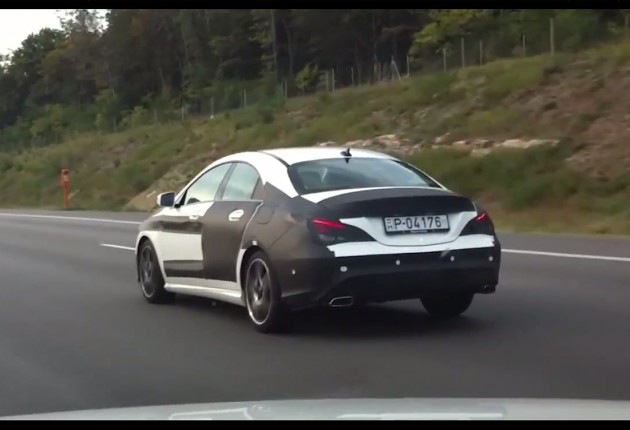 The new model will follow in the footsteps created by the CLS. The CLS is like a sleek four-door coupe version of the E-Class, sporting swept-back looks and a similar lineup of powerful engines.

For the Mercedes-Benz CLA, most of the underpinnings will be borrowed from the new A-Class and its MFA platform. This could include a fiery new AMG version kitted out with the same powertrain that’s expected in the A45 AMG. The AMG engine is set to be a 2.0-litre heavily turbocharged four-cylinder producing around 250kW.

Underneath, the new CLA is likely to use a front-wheel drive layout for entry-level variants, and a four-wheel drive setup for higher up models, or at least for the potential AMG version.

All is expected to be revealed at the 2012 Paris Motor Show, starting September 29.

Click play below for a quick look. The prototype features very little camouflaging, giving you a clear view and indication of what the production version will look like.