Porsche will be celebrating 70 years in Australia next year. So, to mark the occasion, a bunch of activities are being planned and there’s a very special edition on the way. 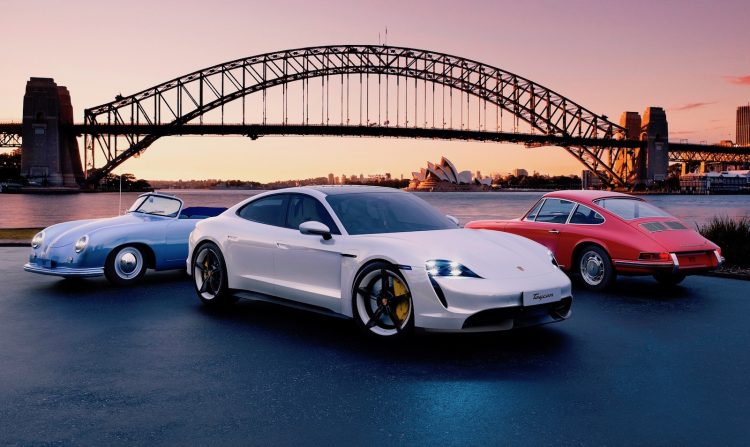 Celebrations will kick off this weekend at Sandown Raceway in Melbourne, with a one-off racing event for two generations of Porsche 911 GT3 Cup cars; the 991 and 991.2. This non-championship event will be the first time the two generations go head-to-head in an official Porsche event in Australia.

Three Sprint events will also take place for members of the Porsche Club of Victoria, and there will be a pre-production Porsche Taycan doing some demonstration runs on the track, and speed comparisons to show off the awesome performance of its electric motor system.

The biggest news though is the special edition. Porsche isn’t telling us much about it until the first half of next year. It has only confirmed that it will be painted in a new colour developed by the Porsche Exclusive department. Called Fish Silver Grey Metallic, it’s been inspired by the classic fish silver grey of one of the first Porsche 356 models ever imported into Australia, back in 1951.

We don’t even know what the car will be based on; a 911, Boxster, or even the new Taycan. We’re guessing it’ll be the former though, given its heritage and relationship with the 356. Sam Curtis, CEO and managing director at Porsche Cars Australia, said:

“Australia holds a special place in the history of Porsche. 2021 will be a special year for Porsche enthusiasts. It is fitting that we will celebrate 70 years in Australia just as we launch the Taycan, our first all-electric Porsche sportscar and a signal of the future of the brand.”

Keep a lookout for more updates on the special edition in the coming months, and stay tuned for details on additional celebration events.