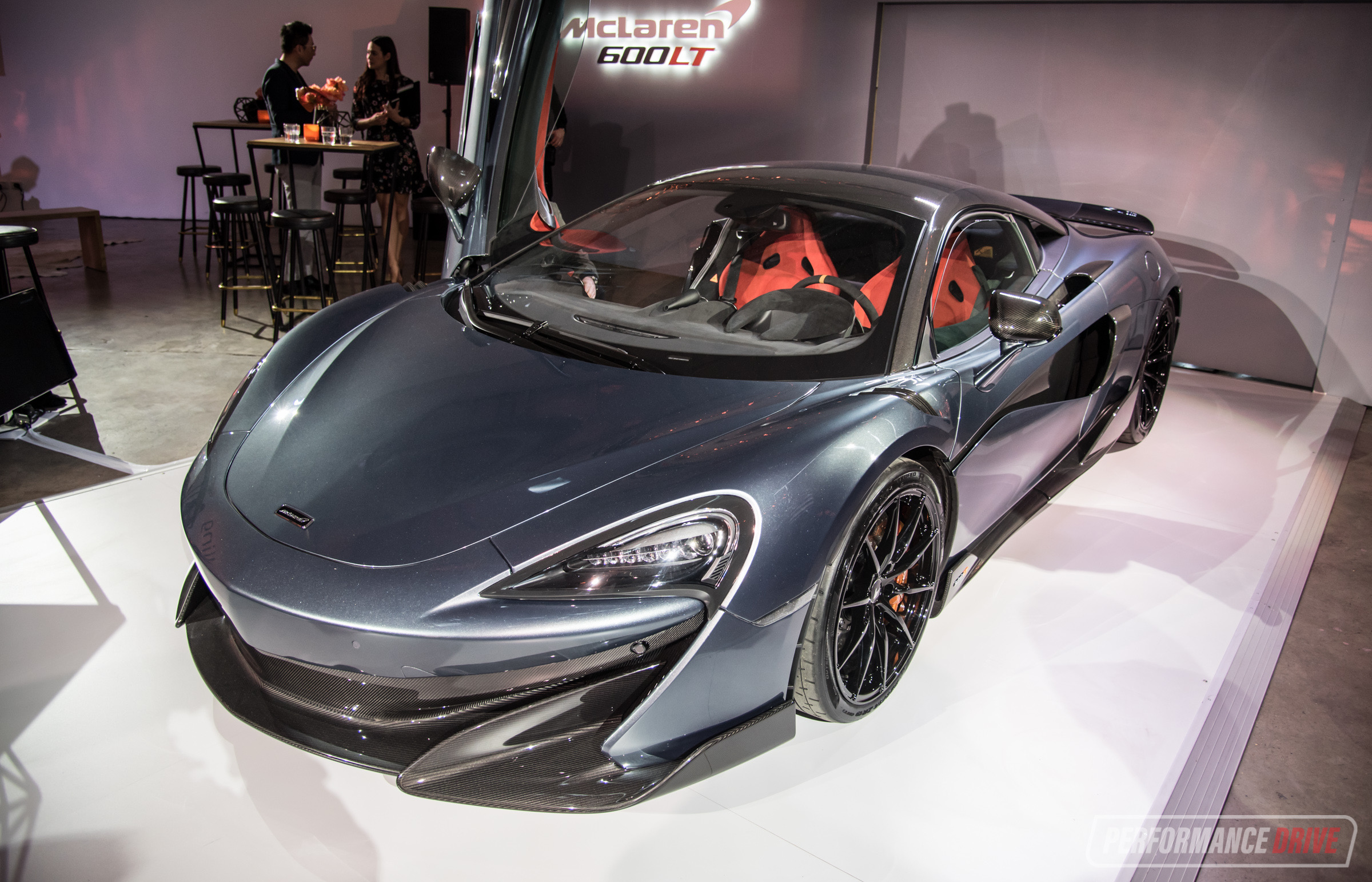 The mighty McLaren 600LT made its Australian debut today at a special media event in Sydney, giving us all a first close-up look at the new track-ready yet road-legal supercar. 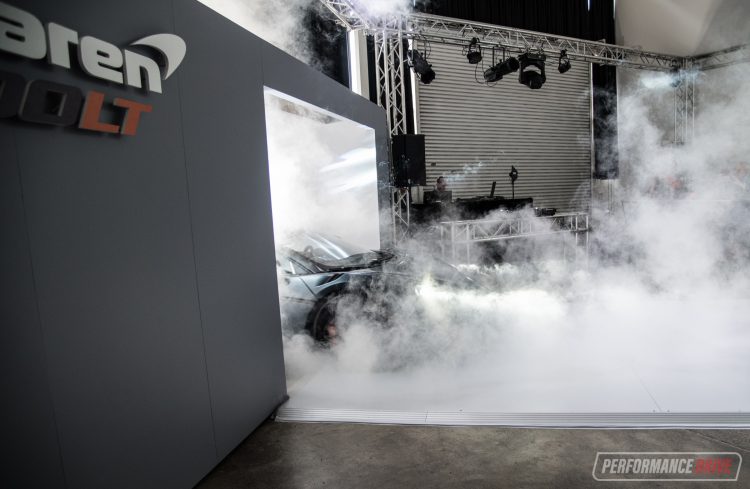 Initially revealed earlier this year, the McLaren 600LT is the first LT – long tail – model for the Sports Series range. It’s also the fourth LT model to be launched by the company, after kicking off with the legendary McLaren F1 Longtail in the 1990s.

This new model is based on the 570S, and becomes the flagship model in the entry Sports Series range. It has been extensively overhauled and enhanced to improve overall performance and track readiness. In fact, McLaren says the car is barely road legal. This gives you an idea of how serious it is.

Obviously, the main change is the ‘long tail’. The 600LT is 74mm longer than the 570S, with the front splitter and rear diffuser extended, and unique front and rear bumper bars and an exclusive (and larger) wing mounted at the back for added downforce. 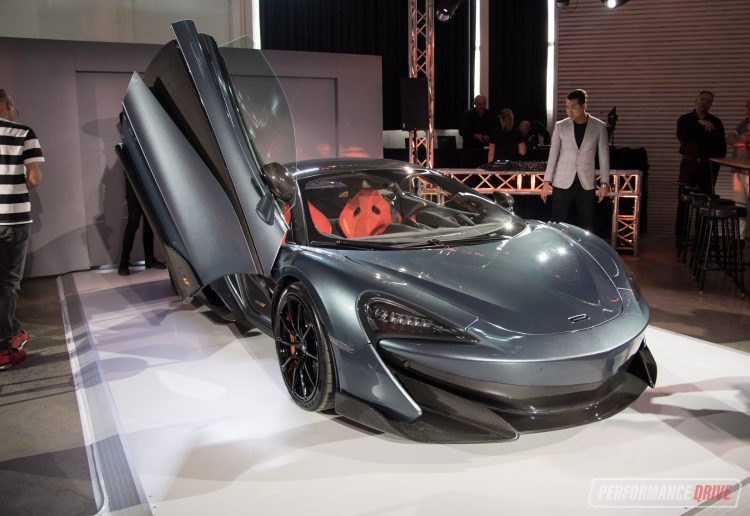 Many of the body parts are swapped for carbon fibre items to save weight, with the lightest wheels McLaren has released for a production car. Inside, the traditional fully adjustable seats and replaced with full bucket seats made from carbon fibre, inspired by those used in the McLaren Senna. Overall, these weight reduction measures help cut around 100kg from the 570S’s mass, resulting in a dry weight of 1274kg.

Some attention has also be focused in the engine compartment. In there you’ll find a 3.8-litre twin-turbo V8 that’s been tuned to produce 442kW and 620Nm (up from 419kW and 600Nm in the 570S). This is sent through a seven-speed dual-clutch auto and into a rear-wheel drive system. 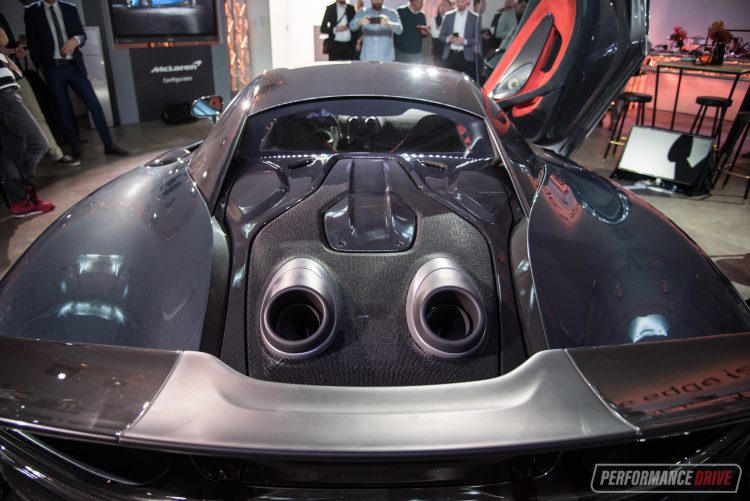 As you can probably imagine, the 600LT is extremely quick across the tarmac. Acceleration from 0-100km/h is taken care of in just 2.9 seconds, with 0-200km/h coming up in just 8.2 seconds. The top speed, if you’re brave enough, is 328km/h. The engine breathes through a bespoke twin top-exit system which has less back pressure and even shorter outlets for a more serious note.

“We are thrilled to welcome the eagerly anticipated 600LT to Australia. The LT redefines expectations of super-sportscar performance and pays homage to McLaren’s rich racing history. To date, we’ve already received an incredible amount of interest from the Australian market and I am looking forward to seeing it on Australian roads.” 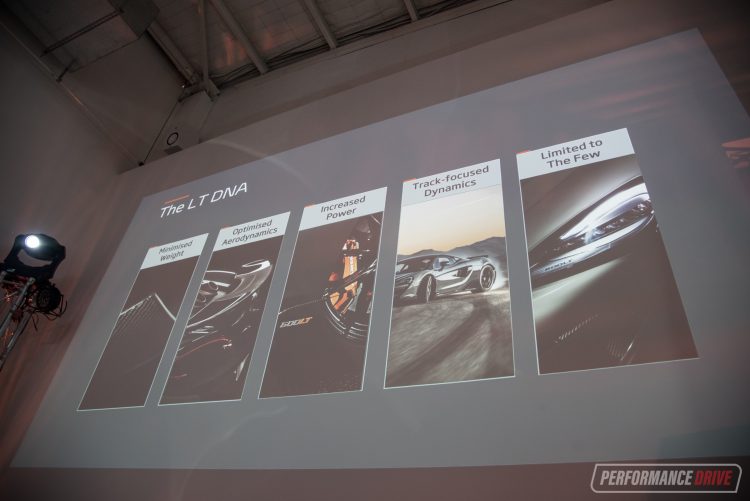 McLaren’s lineup is continuing to expand, giving sports and supercar buyers more variety, and a wider breadth of performance capability. So far this year (through August) the local arm has sold 60 vehicles, down 9.1 per cent compared with the same period last year. Sales should spike towards the end of this year though with thanks to the arrival of more models such as the 600LT.

The McLaren 600LT will be on sale for just one year, making it quite an exclusive model. Prices in Australia start from $455,000 (excluding on-road costs).