Although not technically revealed, the new 2013 SRT Viper shape has been somewhat leaked in this innocent Hot Wheels car. It is believed designs were given to Hot Wheels in preparation for the car’s toy and life-size debut. 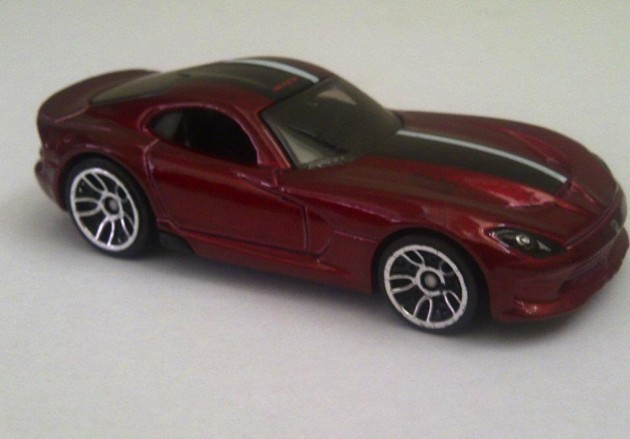 We’ve all played with Hot Wheels toy cars growing up at some point, and we know how accurate some of the attention to detail is. By the looks of this 2013 SRT Viper – new model drops the ‘Dodge’ name – 1:64 die-cast model, SRT has extended on the original Viper design rather than completely reinvented it.

At the front there’s a similar collection of themes going on, with a curvy front bumper bar line, and a long smooth bonnet. We can see it features new, more slimline vertical headlights, while the aggressive bonnet vents remain but are slightly revised.

At the back we can see the 2013 SRT Viper is very similar to the original Viper model, with a rounded bumper bar and a mouled rear spoiler. From the rear angle we can also see the traditional indented roofline carried over from previous models. 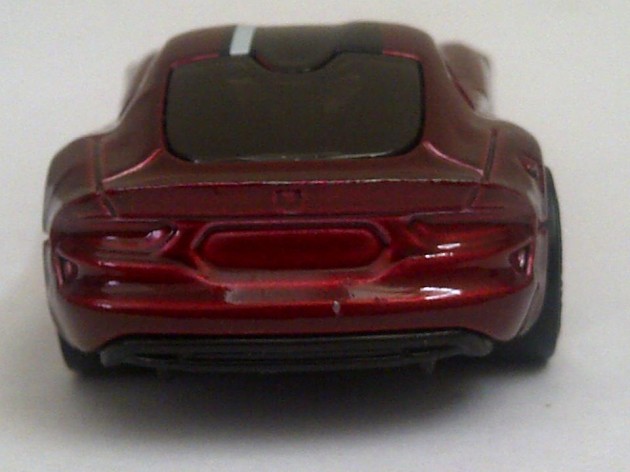 The thing with Hot Wheels cars is the bonnet doesn’t open, so we’re unable to see what SRT has in store in terms of power. Reports say it will get a V10 engine of some description, possibly of 8.7-litre capacity, producing around 600hp (450kW). We’ll have to wait and see to know for sure though.

The 2013 SRT Viper is set to debut at the 2012 New York International Auto Show, starting April 4.