Watch on as this Chevrolet Camaro drag car throws its rear axle out during a drag race. 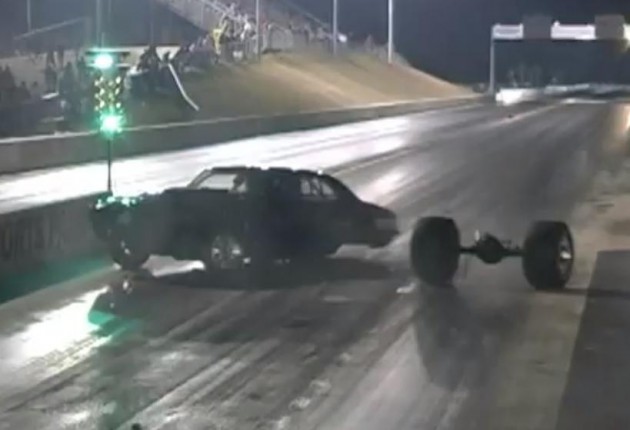 Drag racing can be scary stuff when things go wrong; this guy is just lucky his Chevrolet Camaro drag car didn’t decide to spit out the rear axle half way down the track where he would have been doing some serious speed.

The driver of the Chevrolet Camaro drag car crashed into the wall on an earlier run, which more than likely had something to do with his rear axle spitting out the rear.