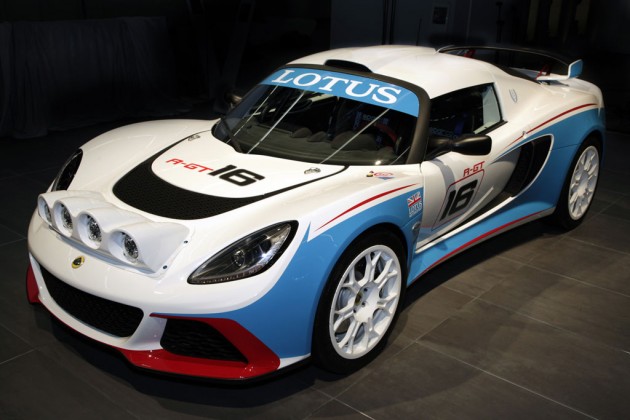 The Lotus Exige R-GT video below goes into some detail about the history of Lotus and its presence in the international rally scene. The new Lotus Exige R-GT rally car will rekindle some of that rally spirit when it goes into competition next year in a new class of the WRC called the R-GT series. Lotus CEO Dany Bahar speaks about rally racing and how important it is to Lotus, saying that for rally,

The Lotus Exige R-GT features the same 3.5-litre V6 Toyota engine as the production model, outputting 225kW. The rally R-GT version is equipped with a 34mm air restricted intake to keep within FIA rules, and also features Lexan windows, an air scoop in the roof, a comprehensive roll cage. All up the package weighs in at 1200kg.

Lotus last took part in world rally in 1981. It will be a very interesting return to the sport for the British sports car maker.