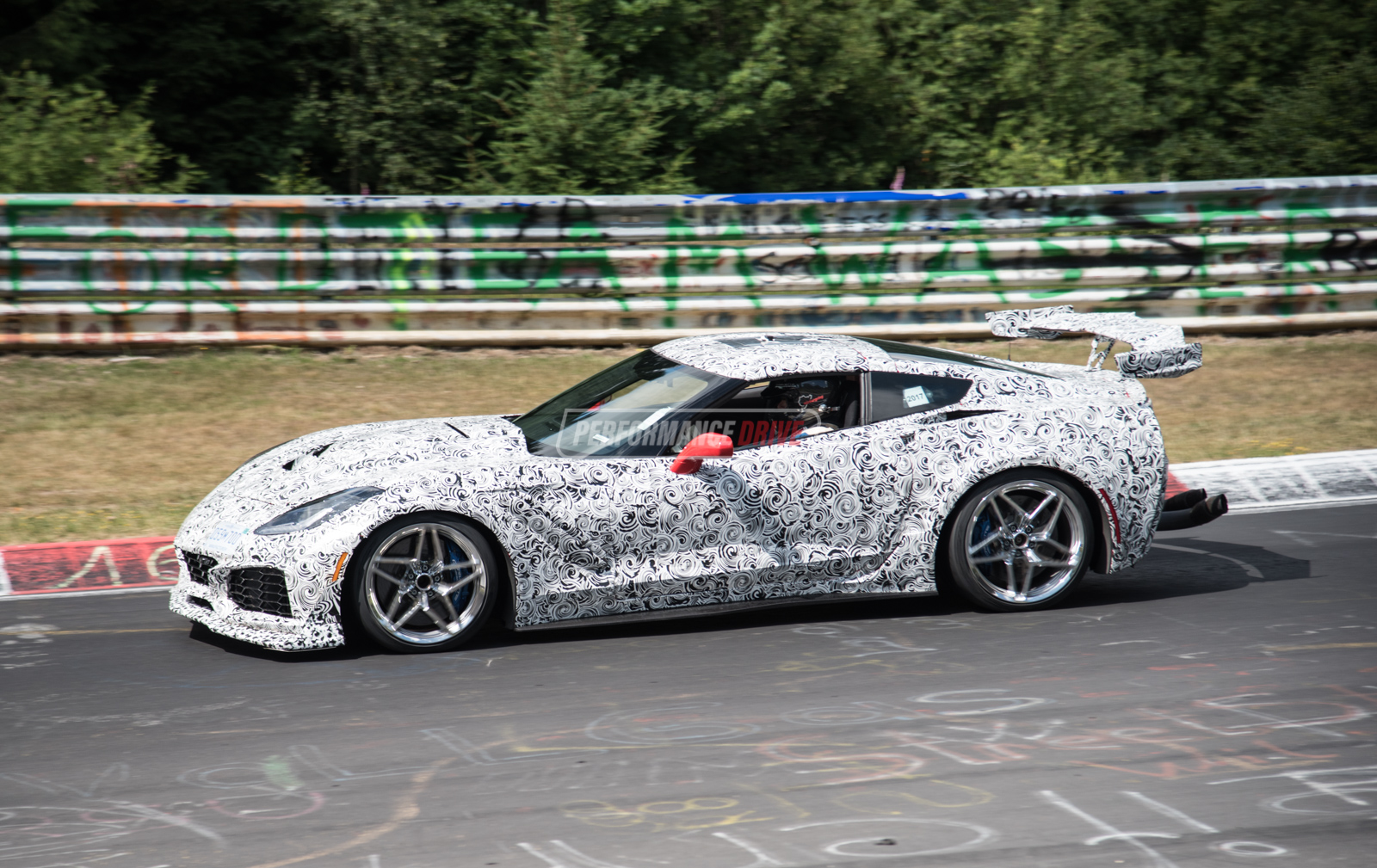 Chevrolet is back at the Nurburgring testing a prototype version of the new, 2018 Corvette C7 ZR1. Is it loud? You bet. It looks like GM had to fit a makeshift set of mufflers to quieten it down to adhere to circuit rules. 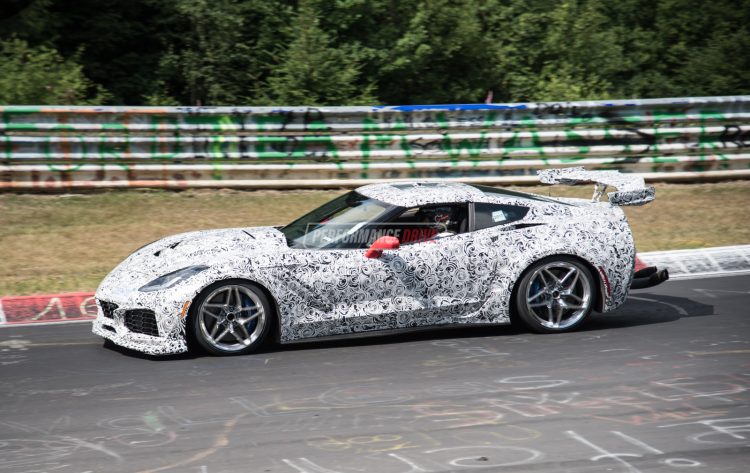 The next Corvette ZR1 is expected to debut a new 6.2-litre supercharged V8 known as the LT5. This engine is rumoured to feature dual overhead camshafts, unlike any other current small block production Chev.

A trademark application was found in October last year for the LT5 name, and soon after ‘ZR1’ was registered. Putting the two together, it seems totally plausible that the new C7 ZR1 will indeed come with this engine.

We spotted this prototype last week at the Nurburgring, wearing an interesting bonnet. Unlike the Z06, which uses a similar engine adopting the name LT4, the ZR1 looks like it will use a different bonnet that protrudes much higher in the middle. This could help accommodate the twin-cam heads. 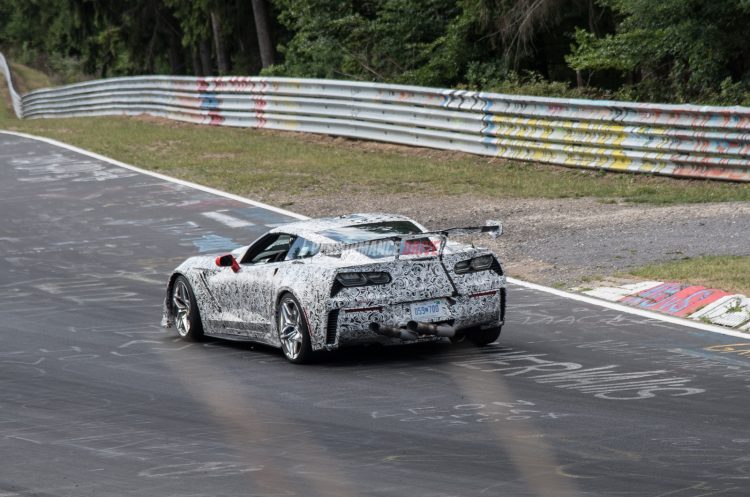 Along with a twin-cam engine, the new unit is expected to be supercharged with a centrally-mounted Roots-type 2.65-litre Eaton unit, with the main belt drive pulley poking through between the cylinder banks. Power? Well, it will probably overshadow the LT4 Z06 and its 485kW output, meaning we could be hearing a 500kW-plus V8 singing its song here. Also heard in the video is an automatic gearbox, which could become the only option if trends are followed.

In other areas the ZR1 looks like it will come with a pretty extensive aero kit, with this prototype showing off a massive rear wing to add downforce at speed, along with a very low front chin spoiler. There’s also talk of active aero elements, potentially within the front intake to offer both stability and cooling.

It’s understood the new model will debut some time later this year. We can’t wait to find out all of the juicy details. Stay tuned. In the meantime, check out our quick spy video below.