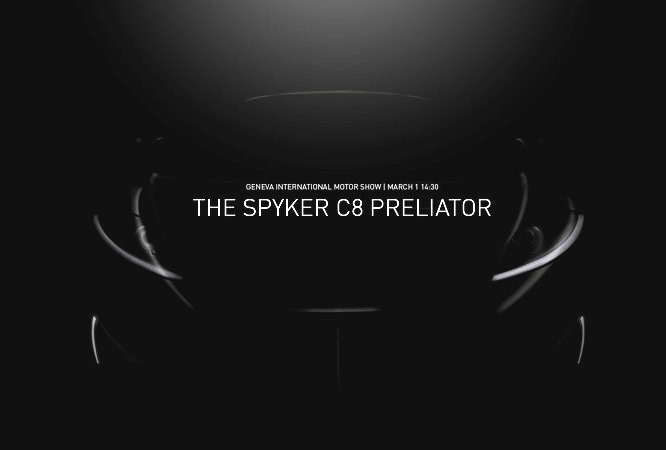 Struggling Dutch carmaker Spyker has released its first teaser image for the new C8 Preliator, which will debut at the Geneva show next month. 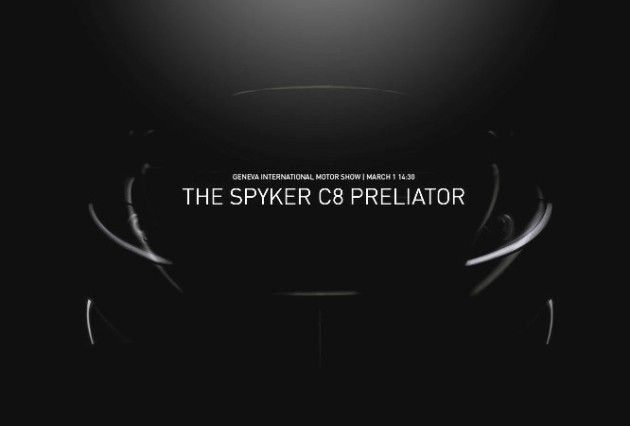 As usual, very few concrete details accompany the teaser, aside from confirmation on the name of the car. But we can see an outline of a very low-slung front end with big side intakes, sharp and curvy headlights, and a defined front edge.

According to reports, Spyker might be about to unveil its first electric vehicle with the C8 Preliator. The company recently teamed up with performance electric aircraft maker Volta Volare as part of a partnership plan.

There is also the chance the new model will be powered by a 4.2-litre V8 like the previous C8 Aileron – its last main model to be produced. The V8 was derived from an Audi unit and produced around 300kW.

It will be very interesting to see what Spyker does with this concept. It has been struggling financially for some time now and almost went into bankruptcy in 2014, but it was reverted last year.