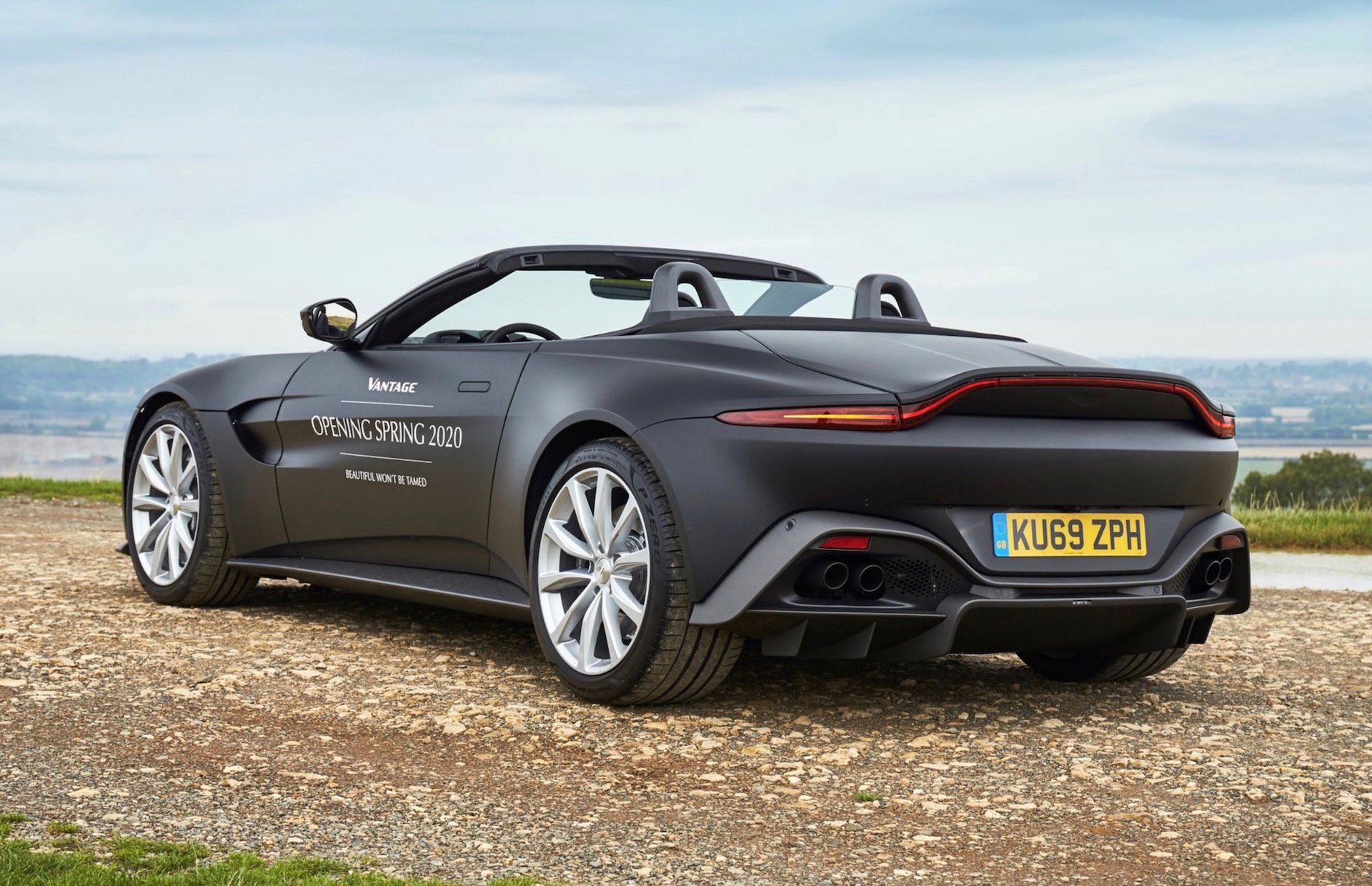 Aston Martin has sent out some preview images of the all-new Vantage Roadster, which builds on the beautiful design presented with the latest Vantage coupe. It’s set to hit showrooms early next year. 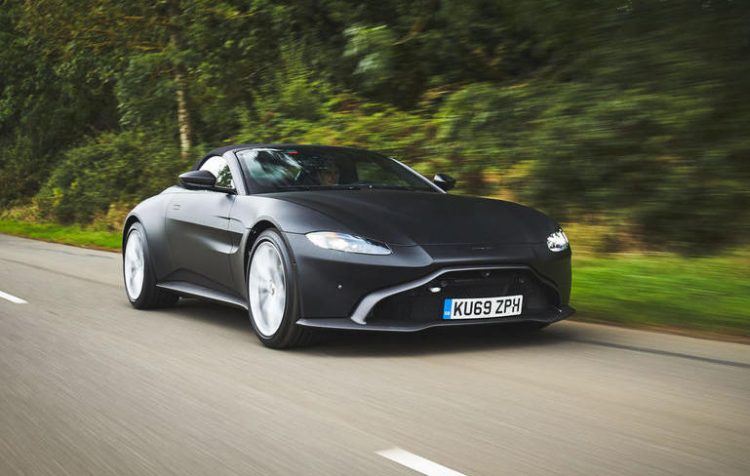 The new Aston Martin Vantage Roadster looks pretty much exactly as you’d expect. At the front is the new-look nose and large one-piece grille and intake system, borrowed from the coupe, with sharp and prominent shirting around the lower edge continuing on to form the side skirts.

At the back the front grille shape is echoed for the integrated rear lip spoiler, while down below is a typically chunky diffuser section with big fins and quad-outlet exhausts poking out from the middle. A full-width taillight theme carries over from the coupe as well. Needless to say, it is another stunning piece of design from Aston Martin. 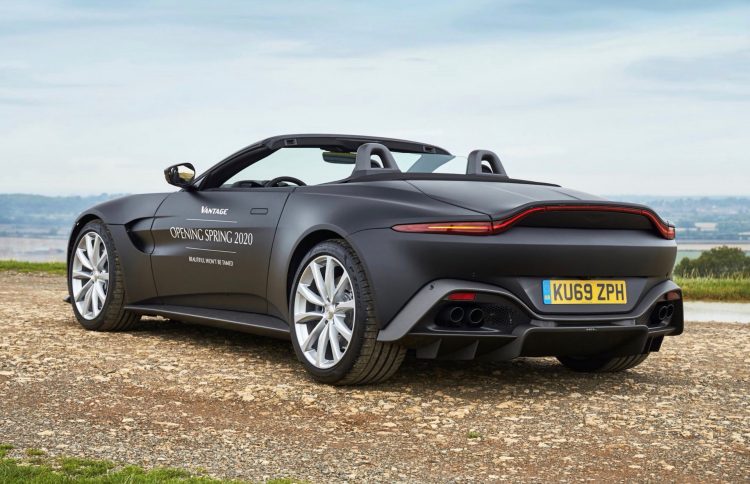 Of course the key highlight here is the the retractable roof. It’s an electric-folding soft-top design which should help to optimise weight compared with a metal-folding hard-top layout. No details have been released in regards to how long the roof takes to retract, or at what speeds it can be operated at.

Under the bonnet is a 4.0-litre twin-turbo V8 that started life as a Mercedes-AMG engine. In the Vantage it produces 375kW and 685Nm. Acceleration figures for the Roadster haven’t been confirmed as yet, but, as a guide, the coupe offers a claimed 0-100km/h sprint of 3.7 seconds when paired with the standard eight-speed automatic.

More details, including glamorous images and full specs, are expected to be released soon. Prices are likely to be a decent chunk higher than the coupe. For example, the regular Vantage coupe kicks off from $299,950 in Australia.