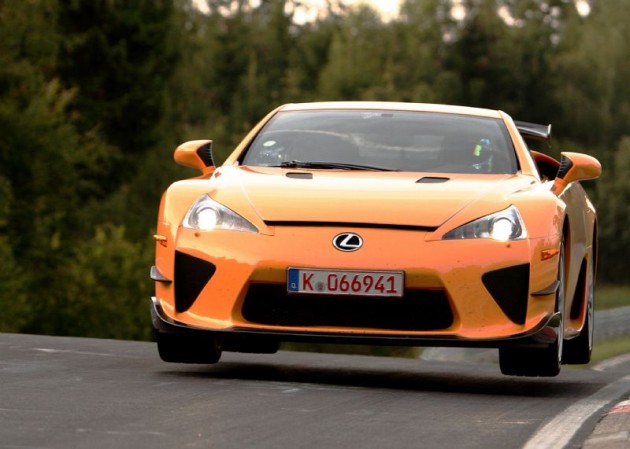 This means the Lexus LFA Nurburgring Edition is now the third-quickest production car around the famous 20.8km circuit, but in our eyes, we see it as the quickest proper road car lap. The only cars that are quicker are basically road-registered track cars; the Radial SR8 (6:48) and the Gumpert Apollo (7:11).

Sit back and enjoy the Lexus LFA Nurburgring Edition Nordschleife lap video below, it includes all the telemetry and speed as well.