German tuning company CLP Automotive has come up with, well, there’s no other word for it, a full race car in the form of this BMW M3 Interceptor. It’s based on the new BMW M3 GTS and features an obvious custom wide-body bodykit and race car livery. 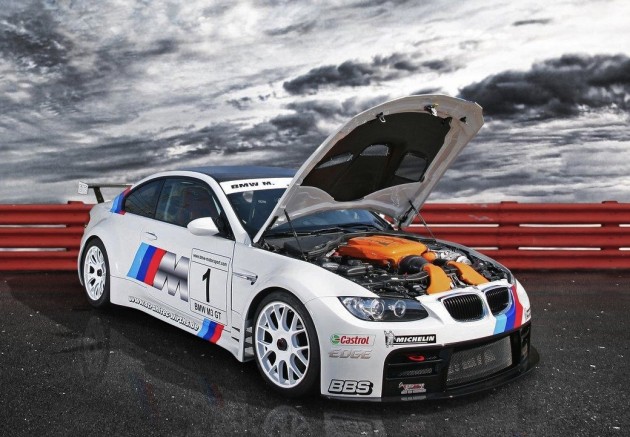 The CLP Automotive BMW M3 Interceptor features the 4.4-litre V8 from the GTS but gets a supercharger and a remapped ECU which brings power levels up to 448kW (592hp/600PS). CLP Automotive also adds an Akrapovic exhaust system for that race car bark.

Inside is similarly decked out in full race trim including Recaro bucket seats and a Wiechers roll cage.