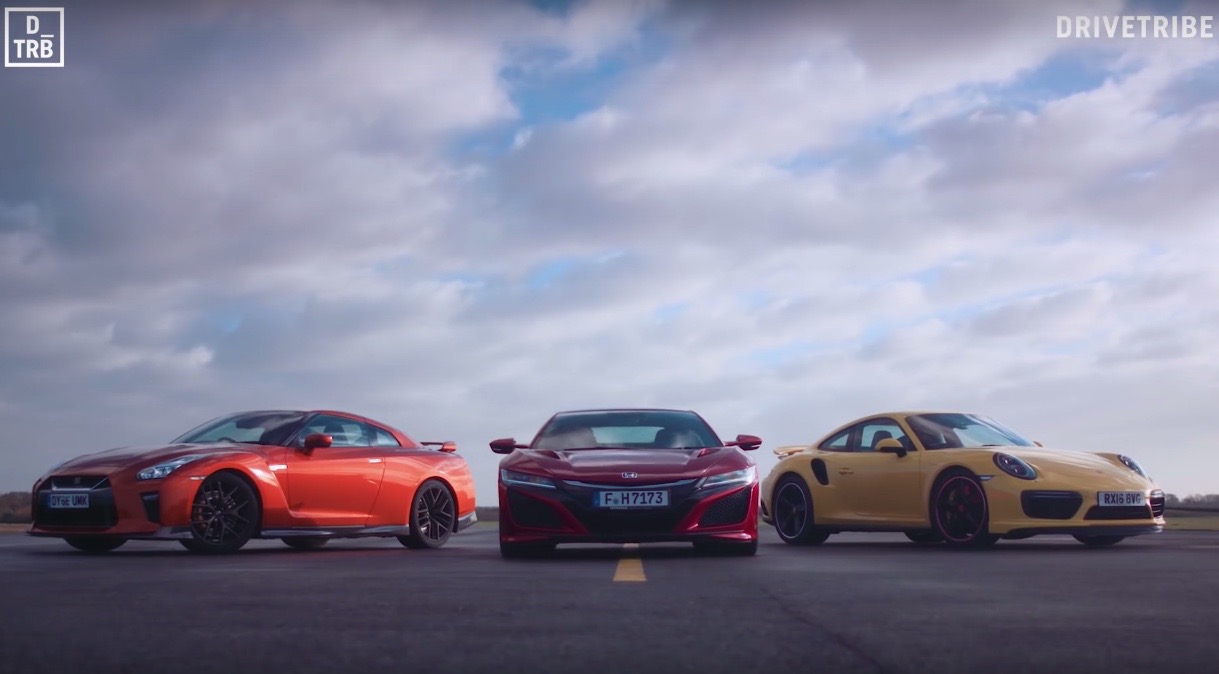 Three of the most modern sports cars, two by mainstream Japanese companies, are pitted against one another in a race to 150mph (241km/h) in this video by Drivetribe. 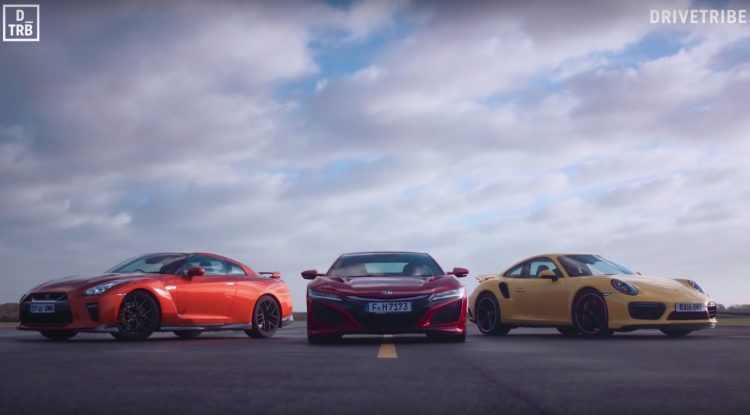 The Honda NSX is one of the latest supercars, heavy with hybrid technology, combining electric motors and a 3.5-litre twin-turbocharged V6 for a nominal output of 427kW and 646Nm of torque, channelled through a nine-speed automatic gearbox. The hybrid aspect sees it sip as little as 9.7L/100km, but in Australia it asks a gasping $420,000.

Contestant number two is another complex Japanese flagship, but without the hybrid mallarchy. The Nissan GT-R is an all-wheel drive legend that blurs the scenery thanks to its phenomenal all-wheel drive system and 441kW/652Nm output. The 2017 GT-R starts from $189,00 here, a comparative steal compared to the NSX.

It’s the $384,900 Porsche 911 Turbo that is the wildcard here, coming from a pedigree sports car manufacturer. Its 397kW twin-turbo flat six is right on top of the rear axle, giving it a traction advantage off the line, with its official fuel consumption numbers at 9.1L/100km somewhat embarrassing the more expensive NSX hybrid.

So with these three different approaches, which one gets to 150mph the quickest? The NSX gets there in 17.8 seconds, the GT-R manages a respectable 16.9, while the Porsche brings home the trophy at 15.0 seconds flat. Check out the video below to see three different supercars use technology to hook up and catapult into the horizon.