Lamborghini has confirmed at the 2011 IAA Frankfurt Motor Show in Germany that it will be putting 20 Lamborghini Sesto Elemento supercars into production. 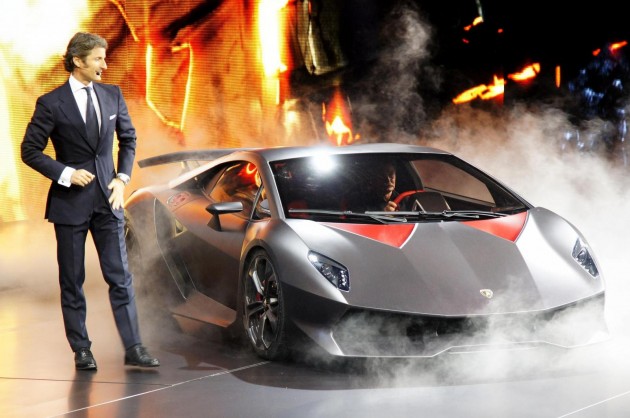 The Lamborghini Sesto Elemento is pretty much the most epic modern-day Lamborghini to be made, except maybe the Reventon. It features the same engine and drivetrain as the Lamborghini Gallardo Super Trofeo Stradale unveiled earlier today, comprising of a 5.2-litre V10 with 419kW of power and 560Nm of torque. It’s backed up by paddle-shift e-gear transmission and an all-wheel drive system.

Where things start to get a bit more serious however, is when you see this thing on a set of scales. Its overall weight sits at just 999kg. Obviously the Lamborghini boffins had to work hard at getting the Sesto Elemento under the magic 1000kg mark, sitting just 1kg under, but what an outstanding achievement.

This very low weight combined with a high-powered V10 engine means it’s going to be fast. Couple that with the all-wheel drive system and you’ve got a recipe for pure savage acceleration. Lamborghini says the Lamborghini Sesto Elemento is capable of doing 0-100km/h in a phenomenal 2.5 seconds – remember when supercars we just cracking into the 4.9 second barrier? 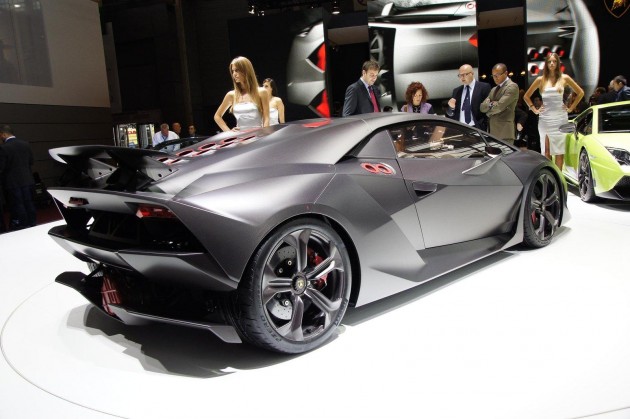 The Lamborghini Sesto Elemento also comes with a very unique, almost Batman-like full carbon fibre exterior with a vicious front end and Dracula-esque red triangular highlights. The rear features an equally Bat-like sculptor with a series of slates or fines running down the back.

As mentioned, Lamborghini has officially announced the Sesto Elemento will go into production with just 20 headed for selected markets. It’s unknown at this stage what those markets will be. Lamborghini boss, Stephan Winkelmann, said in a recent announcement,

“The excellent feedback and the numerous requests we’ve had from our customers have really convinced us to embark on the challenge of producing a vehicle with unique characteristics.

“We are proud that what a year ago was just a ‘technology demonstrator’ of future super sports cars, even though in working order, will become a small series reality.”