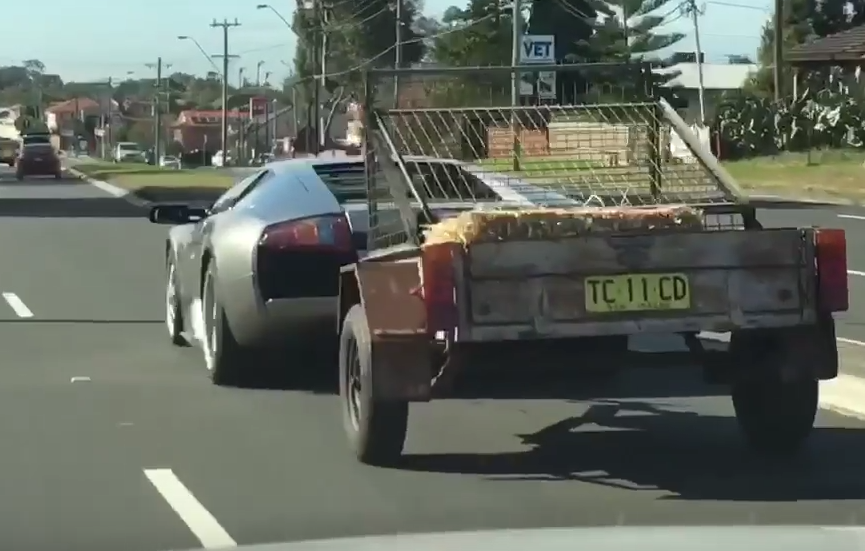 Box trailers are a common sight on Australian roads, but it’s not every day you see a Lamborghini Murcilelago towing a box trailer in Sydney. Who even knew a gooseneck and towball was available for such an exotic car? 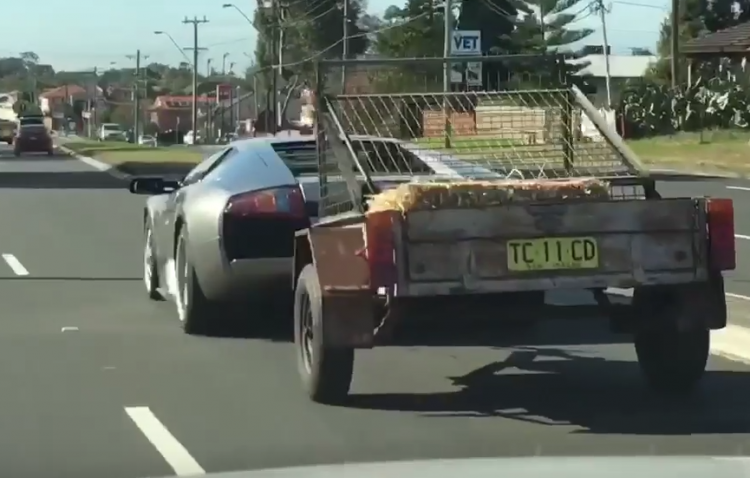 The contents of said box trailer are sure to raise further eyebrows, prompting YouTuber Joseph Criniti to film and upload this video. Nestled deep inside on some hay are some snuggling goats who are blissfully unaware of the threat posed by a 6.5-litre V12, which could send them flying along the Hume Highway.

The Murcielago was available between 2001 and 2010 before it was replaced by the Aventador. With torque of up to 640Nm, it would certainly be capable of hauling many things, even if it’s not the go-to type of vehicle for these duties. In any case Lamborghini is releasing an SUV soon, which will be more than capable of hauling large boats and, probably goats.

Whatever his reason, we thank him for making Sydney’s congested, stressful roads a more amusing and interesting place.

Succesful farmer or perverted entrepreneur? Watch the video below and decide for yourself.