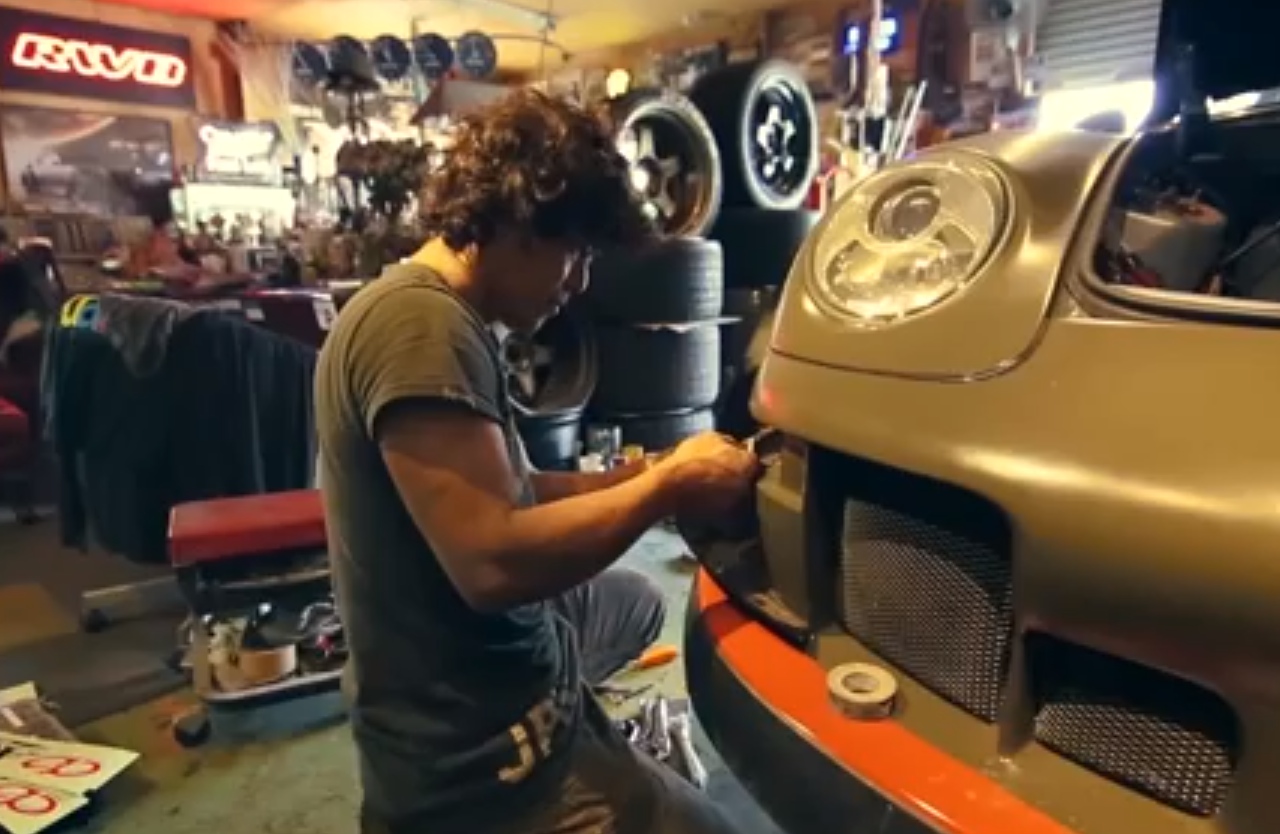 Akira Nakai, one of the most admired Porsche tuners in Japan and owner of RAUH-Welt Begriff (RWB), recently opened up his house for Brazilian automotive content producer, Bufalos. Akira Nakai has been modifying Porsches for 15 years. He is best known for his crazy wide-body conversions and unique paint schemes.

In the video, Akira talks of smoking a cigarette and looking at his Porsches before he goes to sleep. He also says that he’s never counted how many Porsches he’s modified.

“If people appreciate my job, that’s what matters.”

At the end of the video Akira takes the cameras for a ride in his stripped out 993, just one of the many Porsches he owns.