Have you ever seen a missile on wheels? This is – we imagine – what one would look like. It’s a new video of the Hennessey Venom GT doing an acceleration test from 0-370km/h. 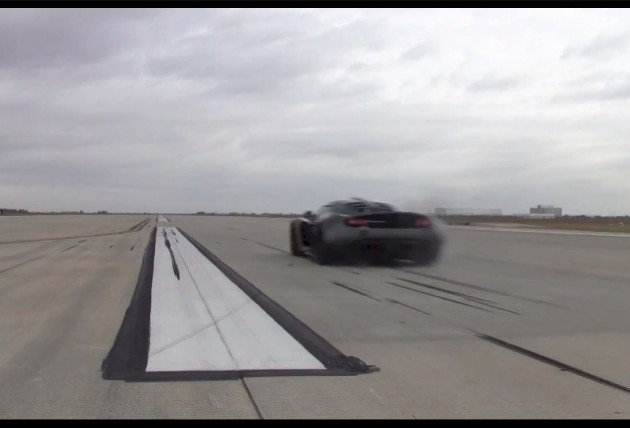 The Hennessey Venom GT is based very loosely on the Lotus Exige, only it is extended to accommodate a 7.0-litre twin-turbo V8 engine in the back. Power peaks at around 928kW, making it a hell of a lot quicker than the original Toyota-powered Exige.

As for the numbers, it’s able to smash 0-100km/h in 2.5 seconds and do 0-200km/h in just 7.96 seconds. These are some truly incredible acceleration times for a road car. In fact, it’s one of the quickest accelerating cars on the market, even surpassing the mighty Bugatti Veyron on a number of levels (0-300km/h; 14.6 seconds versus 13.48 in the Venom).

Click play below for a taste of the awesome performance. As you can see, 0-370km/h takes just 19.96 seconds.