Images of the all-new 2012 Mercedes-Benz A-Class have been leaked online. These are the first official shots of the new hatch, revealing the sporty exterior and interior design. 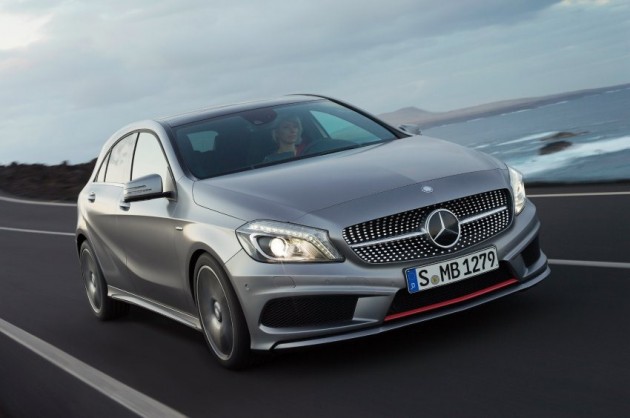 Mercedes-Benz is looking to take on the Audi A3 and Volkswagen Golf with the 2013 Mercedes-Benz A-Class, offering a more sporty hatch layout with a fatter more hunkered down stance compared with the outgoing mini MPV-theme. 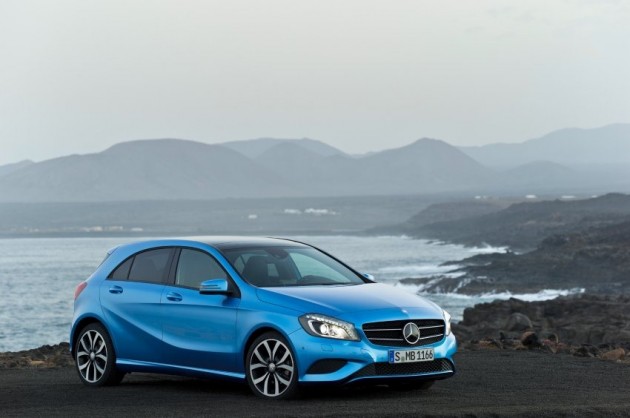 Down the sides feature flowing panel lines leading up to the more rounded taillights compared with the outgoing model, a rising waistline, and an overall curvy roofline and rear end and tailgate.

These images also reveal what appears to be an AMG bodykit and upgrade package, as seen on the silver car. This could be the exact same 2012 A-Class spotted earlier last month which was thought to be the new 2012 A 25 AMG model. As you can see on the badge, it is an A 250 variant instead. 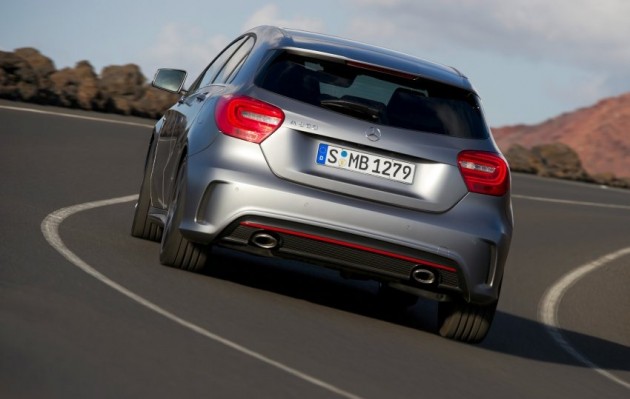 The interior of the 2012 Mercedes-Benz A-Class has also been revealed in the images, showing funky styling, with two-tone colours, aviation-style air vents, chrome highlights, and an isolated multimedia interface screen sprouting out from the dash.

Full engine specifications, including more details on the 2012 Mercedes-Benz A 25 AMG model, are expected to be released at the 2012 Geneva Motor Show, starting today (Geneva time) – expect coverage on PerformanceDrive‘s front page from around 6pm today (Australia eastern time).

All versions will come with a six-speed manual transmission, or a seven-speed 7G-DCT dual clutch automatic.

Australia specifications are still be be finalised, however, the new model is set to go on sale locally during the start of 2013, and in Europe in September this year.