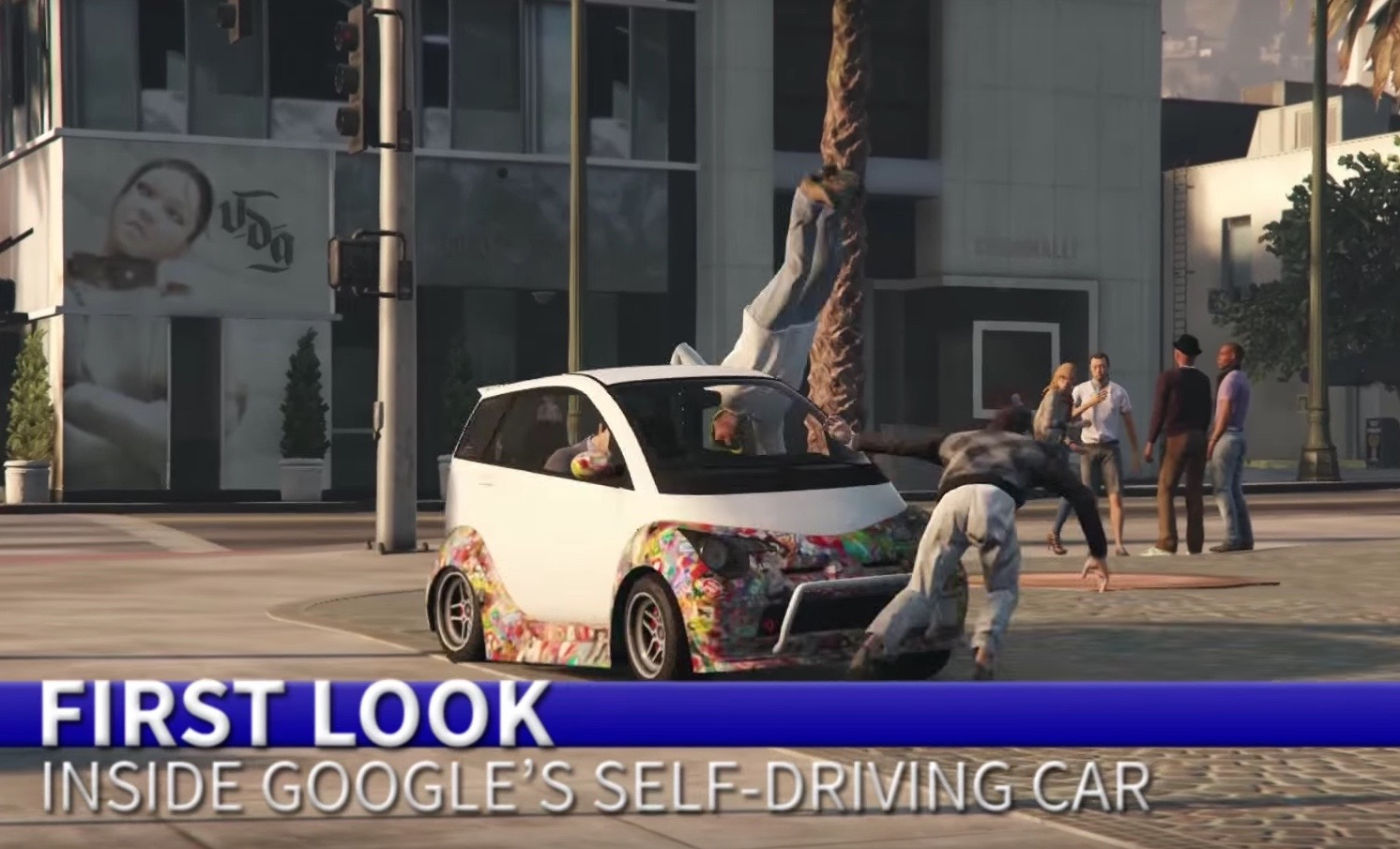 GTA V is the ultimate sandbox game and therefore the perfect template for funny and crazy ideas. YouTube user pizzaforbreakfast has used the game to create a spoof of Google’s self-driving bubble car.

Overlaid with an actual news broadcast of the Google car, the clip features a modified version of one of the game’s pseudo-realistic cars; a Benefactor Panto (like a Smart Fortwo).

Atfer a placid demonstration in the parking lot, the ‘Google car’ ventures out into the streets of San Andreas, where it goes on a murderous rampage, hungry for the taste of shrapnel and blood.

If it does reach production, the actual Google autonomous car probably won’t be as savage, but many prominent industry figures, including Elon Musk himself have voiced concerns about AI reaching a level that could threaten humanity.

Gran Theft Auto V, the fifth in the game franchise, is one of the most successful games ever made, grossing US$800 million during its first day on sale, selling 11.21 million copies. Producers Rockstar are always adding content and updated cars, with whispers of GTA VI being in development – it’s rumoured to include its own version of Al Qaeda.