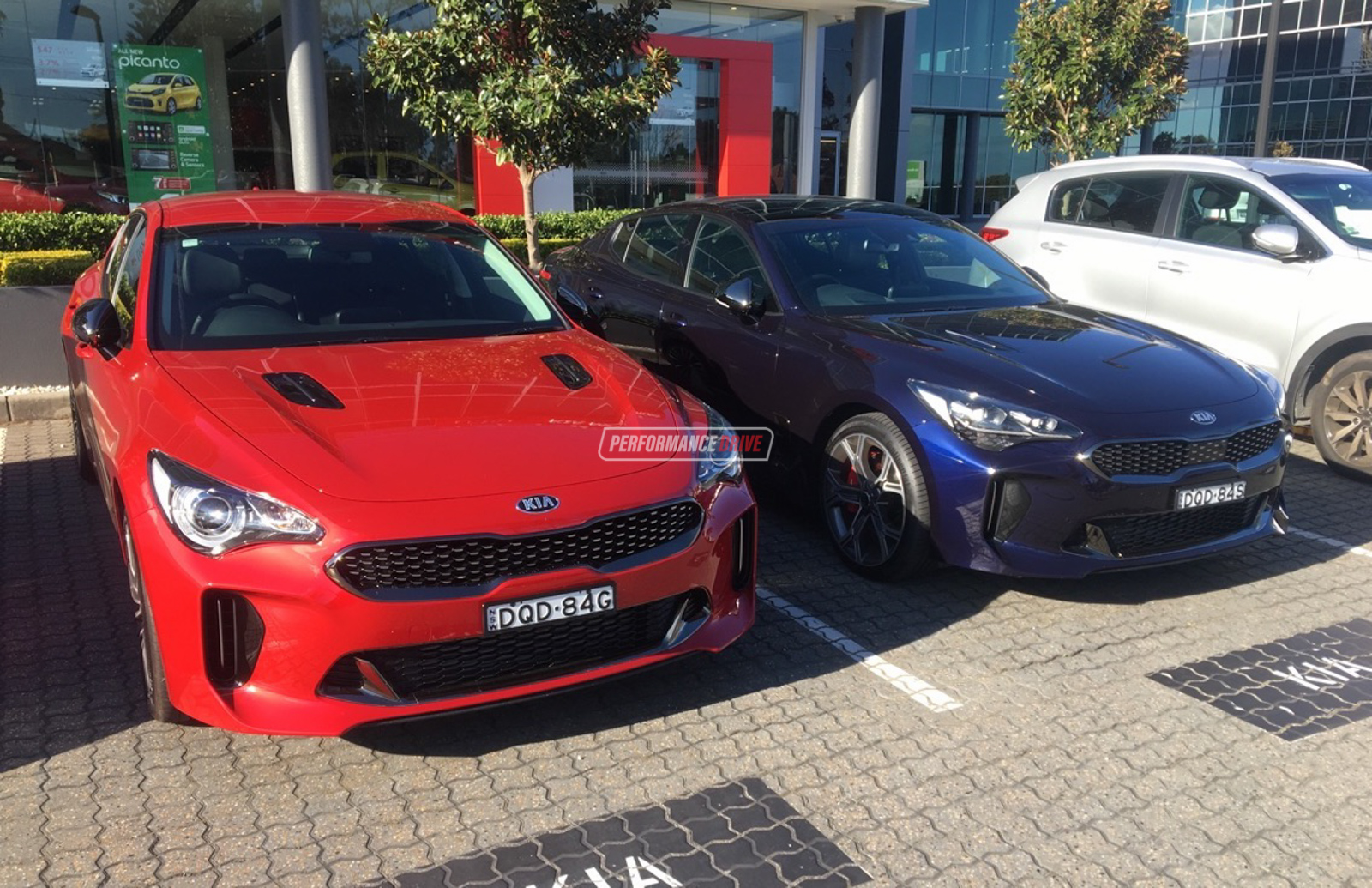 The first Kia Stinger examples have touched down in Australia, with these two spotted in Sydney in preparation for the official local launch in October. 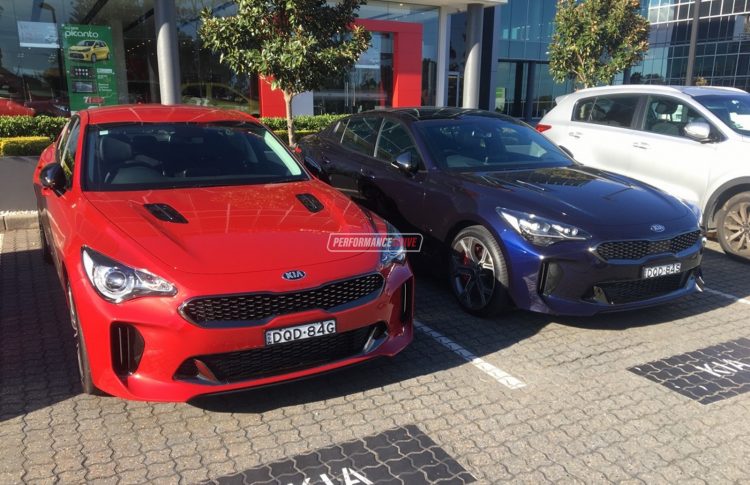 These examples were the V6 twin-turbo versions (dark blue is the GT) which are likely to join our market before the four-cylinder models. Kia Australia has confirmed all specs and features for the V6 – available in S, Si, and GT trim – but is yet to confirm details regarding the four-cylinder.

What’s also confirmed is the starting price for the V6. It kicks off from a tempting $48,990, making it one of the most affordable rear-wheel drive sports cars on the market, producing over 250kW. Only the departing Holden Commodore SS provides a similar bang for your buck.

As we already know, the V6 churns out 272kW and 510Nm, sent through an eight-speed sports automatic transmission. Acceleration from 0-100km/h comes up in a claimed 4.9 seconds and the quarter mile in “low 13 seconds”. All models in Australia will be rear-wheel drive. 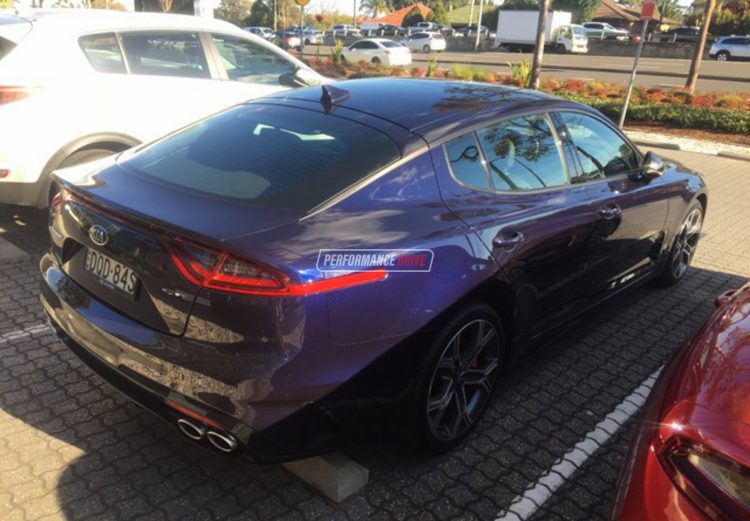 Some of the standard features for the V6 include 18-inch alloy wheels (19 for the Si and GT), an 8.0-inch touch-screen media interface with full smart phone pairing, and a nine-speaker stereo. The GT adds a 15-speaker Harman/Kardon stereo, Nappa leather trim, and digital instrument cluster.

In the flesh the sedan, which is described as a touring sedan, looks very sleek and muscular. The quad outlet exhausts give the rear end a real aggressive look, helping the Stinger stand out on the road as a proper performance car.

It will be very interesting to see how the Aussie market reacts when the model arrives. Will it outsell the Ford Mustang, which had a similar anticipation level (although competing in a slightly different class)? 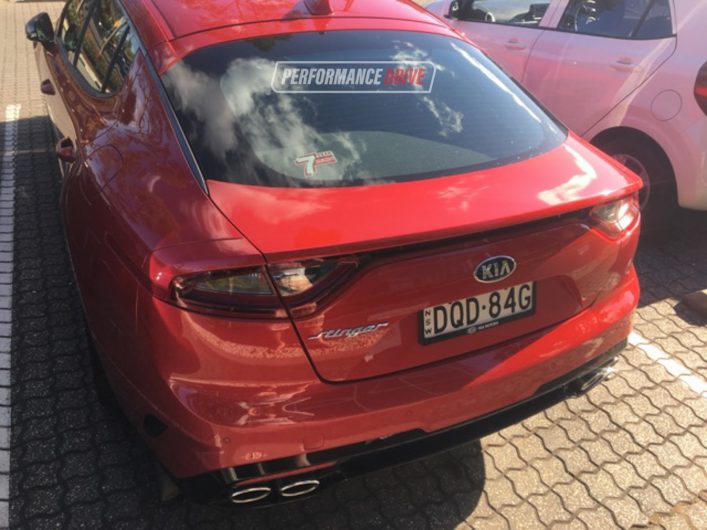