Some details of the 2014 Mercedes-Benz E 63 AMG facelift are starting to trickle through, with the latest news suggesting the German muscle car will switch to an all-wheel drive layout. 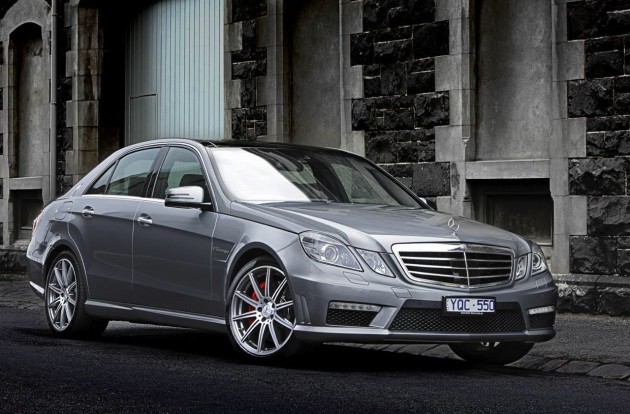 Ever since the AMG E-Class was original launched in 1993, as the E 36 AMG, power has always been sent to the rear wheels only. According to reports the next-gen version will come equipped with the company’s 4MATIC driveline.

Not only will this increase its touring capabilities, straight line acceleration is set to improve significantly. The current model manages 0-100km/h in 4.3 seconds. With 4MATIC the time is expected to drop to around 3.5 seconds.

As for the power, it will come from the same 5.5-litre twin-turbo V8 as the current model, however, power output will reportedly hike up to 405kW. The current model has 386kW, with the Performance Pack option taking the figure to 410kW.

Design-wise, the new model will apparently present more aggressive looks than the current model, showcasing more unique and sporty front and rear bumper bars. The side skirts will also be more prominent, blending in with the front and rear bars.

Various prototypes of the next-gen 2014 Mercedes-Benz E 63 AMG have been spotted out on the streets and on the Nurburgring undergoing testing, indicating the new model is not far off. Production is set to commence during the third quarter of 2013.