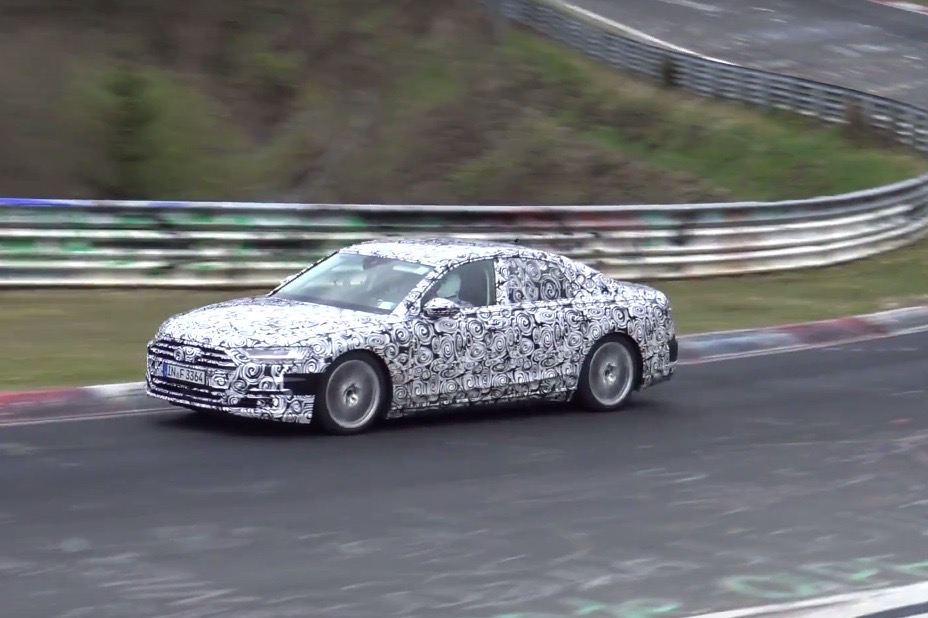 The next-generation Audi A8 has not been released yet, but Audi is already testing the performance oriented S8 version at the Nurburgring. 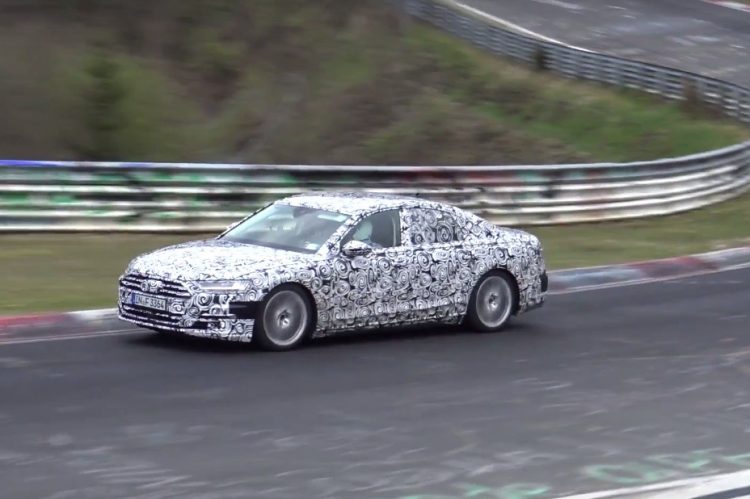 Audi’s all-new A8 will benefit from a lighter chassis, more efficient engines and new interior technology previewed by Audi’s interior concept at the 2016 Consumer Electronics Show. Exterior styling was foreshadowed by the Prologue concept.

The S8 is again expected to be powered by a 4.0-litre twin-turbo V8 shared with Bentley and Porsche, generating up to 405kW and 770Nm, connected to an eight-speed gearbox.

This will combine with what Audi says will be the most advanced self-driving technology in the market, with Level 3 autonomous capability to overtake Mercedes-Benz S-Class as the most autonomous car on the market.

The S8 will face stiff competition from the Mercedes-AMG S 63 and BMW M760Li xDrive. Lower in the range, the A8 is set to feature four-cylinder diesel and twin-turbo V6 petrol engines as well as hybrid and plug-in hybrid technology.

Long wheelbase variants for the Chinese market are also a safe possibility. The all-new A8 will be revealed later this year, while its sporty incarnation should surface next year before a 2019 on-sale date.