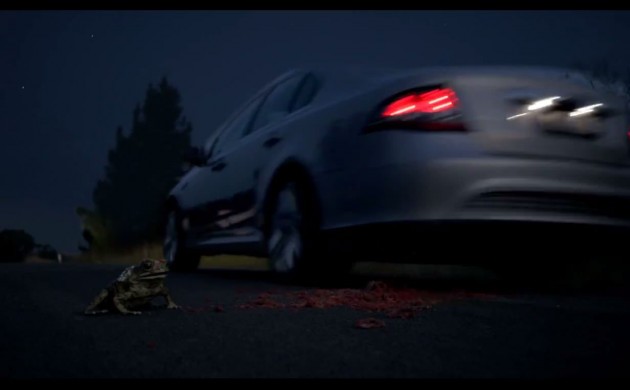 Obviously looking to remove any notion attached to four cylinder engines being ‘weak and not powerful enough’, Ford has come up with a creative approach to rub in the faces of all the four cylinder haters out there.

Before anyone breaks out in tears and reaches for the tissues, toads are considered a pest in Australia – in parts of Queensland, killing toads is encouraged.

The Ford Falcon EcoBoost comes with a 2.0-litre four-cylinder turbocharged engine producing 179kW of power and 353Nm of torque. Average fuel consumption is rated at 8.1L/100km.

Click play on the video below to check out the ad, and don’t forget to let us know what you think of it in the comments section below.