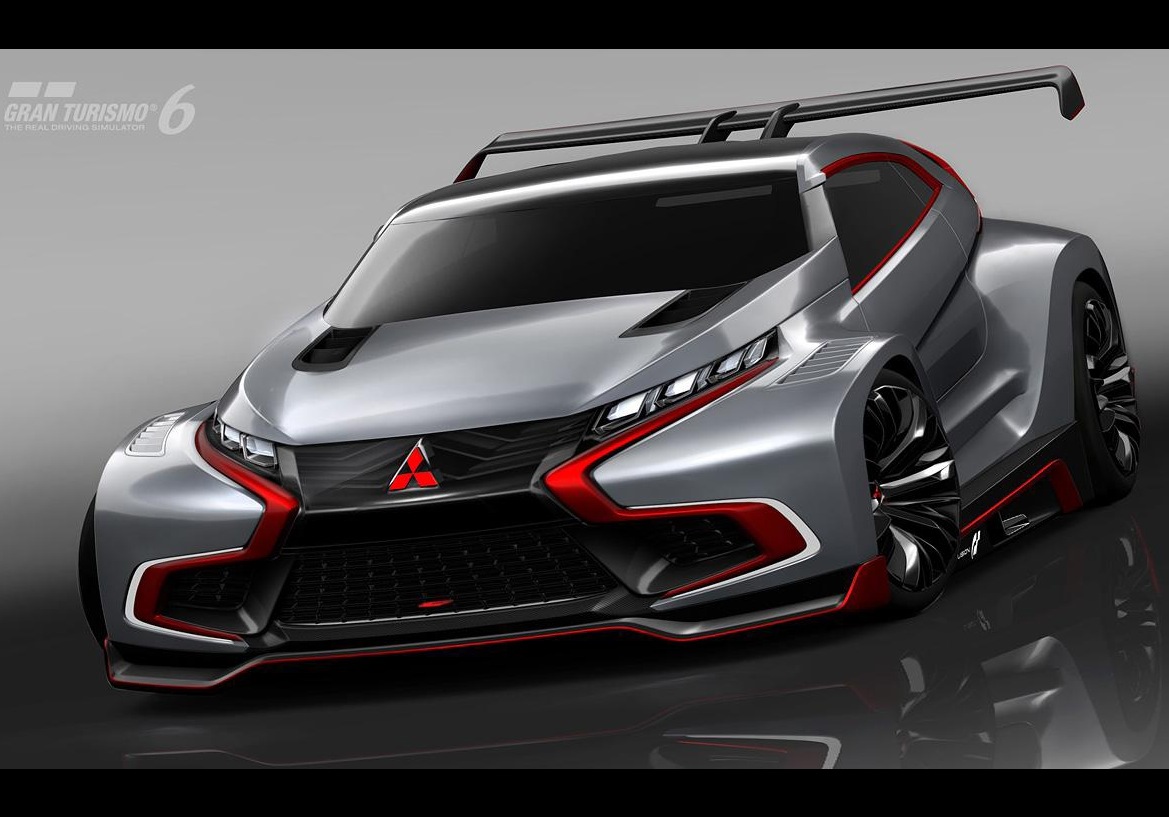 Following in the latest trend, Mitsubishi has revealed a crazy concept car for the Gran Turismo 6 Sony PlayStation game. The concept is called the XR-PHEV Evolution Vision Gran Turismo, showcasing an outrageous future interpretation of the company’s ‘Evolution’ pedigree. 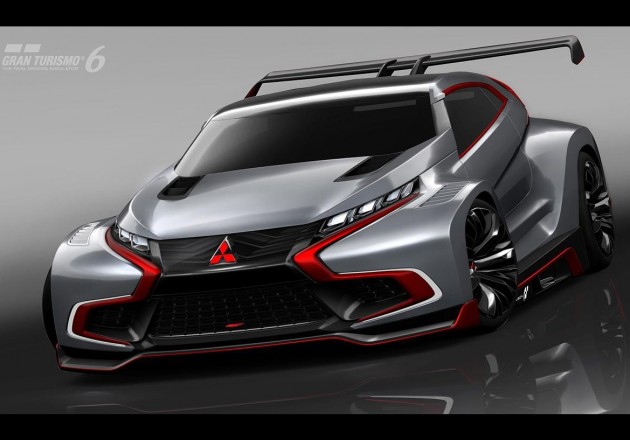 “The iconic front grill is a study of next generation Mitsubishi automobiles, and the shape that forms a wedge starting from the triple diamond mark is designed in the image of an athlete at crouching position on a starting line, evoking an intense image of tension and potential.” 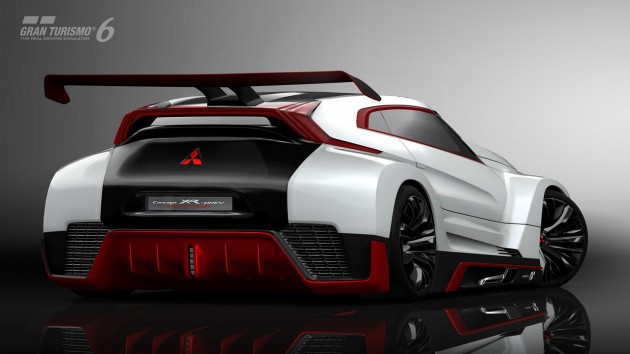 So, how can you drive it in the popular car game? After installing update 1.08 the little beast can be purchased from the Vision GT area within the Cars section in My Home. It’s also obtainable by completing a lap in the new Seasonal Event. Click play below for a demo.