Have you ever wondered what car designers do with old clay prototypes after they’re done with them? Neither have we, but Jaguar has released a video outlining what fun things it does with them. 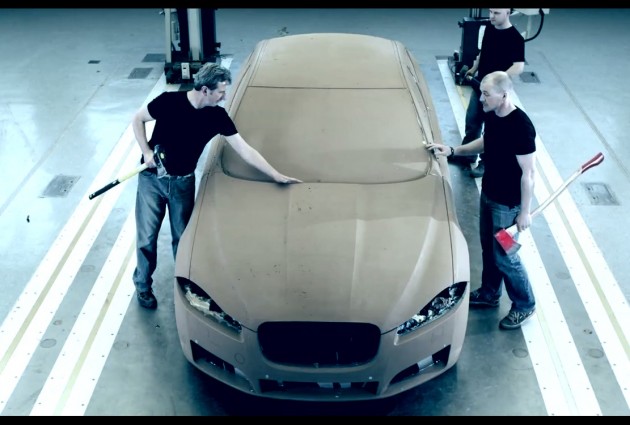 Almost all carmakers develop full size clay models of their vehicles before sending them to production. This allows them to hone and perfect the shapes and contours by shaving and cutting into the clay body.

In light of this Jaguar video, we now understand a little bit more about what these models are made of. By the looks of it, they start with a basic flat bed with wheels. Most of the body is then made up of a foam-type filling, followed by the final clay outter surface.

We won’t ruin it before you see the video, if you haven’t already guessed, but check out how Jaguar breaks all this down when it’s done.