Dodge has released a video of the the Dodge Viper ACR-X lapping the famous Nurburgring in just 7:03. It doesn’t break any records though as it is not a road-going production car. 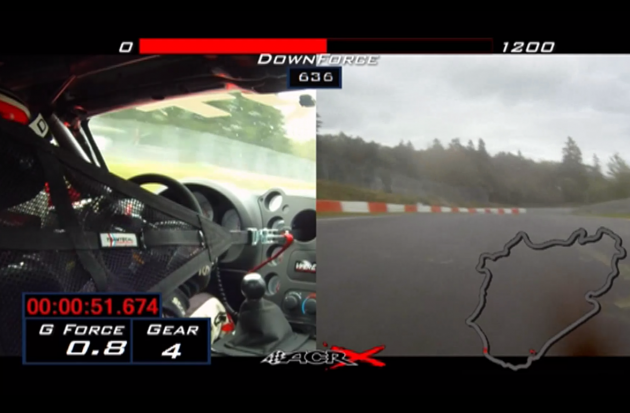 In the build up to SRT revealing the all-new SRT Viper, the company is reminding us of the awesome speed of the Dodge Viper ACR-X. The ACR, which is a road-going car, has posted the quickest Nurburgring lap time for production cars with a time of 7:12.13. The X version slashes almost 10 seconds from that time.

The ACR-X comes with a dedicated race cockpit, with a full roll cage, race seats and fuel cell. It also features large aerodynamic body revisions, such as a rear wing and front spoilers and side plates. Power comes from an 8.4-litre V10 producing 477kW (640hp), up 30kW on the normal ACR model.

Click play below to see the blisteringly fast lap. The all-new SRT Viper (dropping the ‘Dodge’ name) is set to be unveiled at the 2012 New York Auto Show in April.